In Case T-44/16, the General Court (GC) had to decide on the validity of an EU trade mark (EUTM) for the below figurative sign, which was deemed to consist of essentially four elements. The case turned on the question of whether these elements were functional. 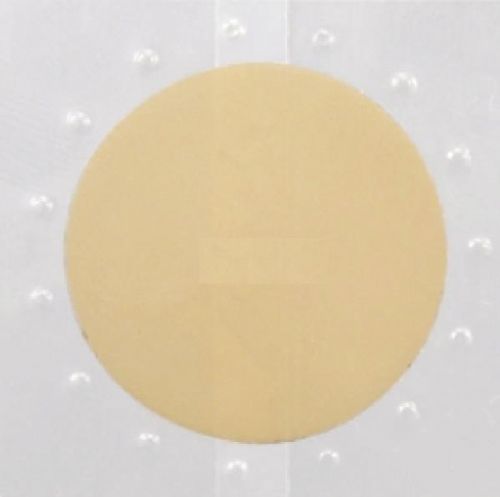 The Applicant, Novartis AG, successfully registered the EUTM at issue for "pharmaceutical preparations for the treatment of dementia of Alzheimer's type" in October 2012. The Applicant manufactured pharmaceutical products, including a product called "Exelon" that was used for the treatment of Alzheimer's disease. Exelon, which was administrable by transdermal patch, enjoyed patent protection until July 2012.

The intervener, SK Chemicals GmbH, filed an application for a declaration of invalidity against the EUTM, relying, in particular, on the absolute ground of invalidity laid down in Article 7(1)(e)(ii) of Regulation No 207/2009. According to that provision, signs are barred from registration if they consist exclusively of the shape of goods which is necessary to obtain a technical result.

The EUIPO's Cancellation Division upheld the application for a declaration of invalidity, and the Fifth Board of Appeal of the EUIPO dismissed the Applicant's appeal.

In the GC's view, the Board of Appeal was correct in finding that the contested EUTM contained four essential characteristics, namely:

Next, the Court upheld the Board of Appeal's findings concerning the technical function of each of the four essential characteristics of the sign:

The Court was not swayed by the Applicant's argument that Article 7(1)(e)(ii) of Regulation No 207/2009 required a single technical result, whereas the Board of Appeal identified four different technical functions. Referring to its previous case law, the GC established that it was not necessary for each essential characteristic to fulfil the same function. The "technical functions may be different so long as the essential characteristics of the shape combine the characteristics which are technically causal of, and sufficient to obtain, the intended technical result" (para. 38 of the judgment). In the present case, this result was the administration of the medicinal product through a transdermal patch.

It is good to see that the GC has finally abandoned its previous stance, according to which the examination of the mark for the purpose of applying Article 7(1)(e)(ii) EUTMR was limited to the graphical representation of the mark (see, for instance, Case T-416/10, reported here). This previous stance  imposed an excessively high standard on the assessment of functional shapes which would make it possible to circumvent the prohibition on monopolisation contained in Article 7(1)(e)(ii) EUTMR (as Advocate General Szpunar explained in C-30/15 P, reported here).

In line with the CJEU's case law, the GC has now confirmed that the competent authority may carry out a detailed 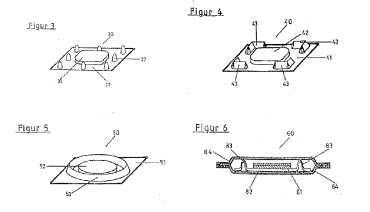 examination which takes into account, in addition to the graphic representation, material relevant to identifying appropriately the essential characteristics of a sign and their technical function, including documents relating to previous patents describing the functional elements of the shape concerned (e.g, the images on the right refer to an earlier patent and have been taken from the contested decision of the Board of Appeal).

Today's judgment is highly recommended for readers with a desire to brush up their knowledge on the principles established by the CJEU for applying Article 7(1)(e)(ii) EUTMR.

Sharing on Social Media? Use the link below...
Perm-A-Link: https://www.marques.org/blogs/class46?XID=BHA4603