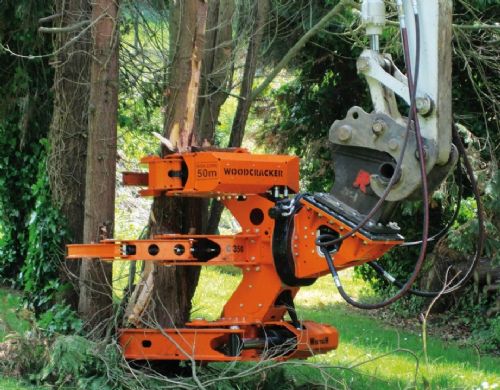 If a nutcracker is used for cracking nuts, couldn't you use a "woodcracker" for "cracking wood"? Apparently not, according to the Finnish Market Court, as there is no such word!

On 18 February 2016, the Market Court of Finland annulled a decision issued by the Finnish Trade Mark Office regarding a refusal of Finnish designation of an international registration WOODCRACKER for "machines and machine tools" and "agricultural implements other than hand operated" in Class 7.

The Finnish Trade Mark Office had considered the mark WOODCRACKER to be devoid of distinctive character for the applicant's goods as the mark consists solely of the combined words WOOD and CRACKER which can be understood meaning as cracking, splitting or crushing wood. The Office held that the mark denotes the kind and use of the goods applied for and cannot be considered as being capable of distinguishing its proprietor's goods from those of others.

The applicant argued that the term 'woodcracker' has no meaning in the Finnish, Swedish or English languages, citing dictionary extracts to prove this. In addition, the applicant stated that a designation of the corresponding international registration had been accepted, for example, in the United States where English is the official language.

The Office held that the target group in Finland does not know English so well as to understand the meaning of the term 'cracker' by the exact grammar rules but will perceive the word as referring to something that cracks, splits or breaks some material, such as wood, trees or log. Moreover, the Office stated that the designations in other countries have no decisive relevance while evaluating the mark's registrability in Finland.

Further, the Market Court considered that everyone in the target group knows the meaning of the term 'wood' in Finnish. The Court noted that the verb 'to crack' has several meanings. According to a dictionary, it means, inter alia, to split, crush or break. Also the noun 'cracker' has several meanings.  However, none of these relate to splitter, crusher or breaker. Therefore, the Court noted that it is not that obvious how the target groups would understand the term 'cracker'. Thus, the Market Court concluded that the compound 'woodcracker' has no meaning in English language.

Consequently, the Market Court ruled that the mark WOODCRACKER should be regarded as distinctive for the subject goods in Class 7 as the mark does not denote the relevant goods directly but is, at the most, suggestive. The three judges were unanimous in their decision.

According to the dictionary used by the Market Court, it seems that a cracker cannot be anything else than a thin crisp biscuit, a decorated paper tube (which gives a loud crack when pulled apart), a small exploding firework, a showpiece, a hacker, or a poor rural white person.

This item has been kindly prepared for Class 46 by Suvi Haavisto (Roschier, Finland)

Sharing on Social Media? Use the link below...
Perm-A-Link: https://www.marques.org/blogs/class46?XID=BHA4339