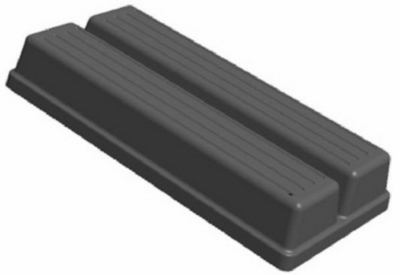 (Unsurprisingly) Société des Produits Nestlé S.A. (NESTLÉ), the producer of the chocolate-covered wafer biscuit bar Kit Kat and owner of the International Trade Mark 804396 (picture bellow) opposed the application. Despite the opposition, INPI, the Portuguese Industrial Property office, granted the trade mark registration, as it did not find a likelihood of confusion between the signs. 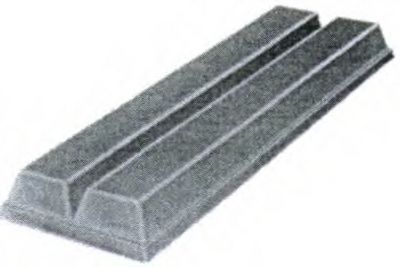 NESTLÉ appealed the decision to the Intellectual Property Court (File no. 2/13.7YHLSB).  The first instance court upheld INPI’s decision. In its analysis, the court found that the common element between the signs was the fact that both consist of two chocolate bars. However, following an analysis of the specific market, the court found that the number of chocolate bars bears little importance. The distinctive character of a chocolate bar three dimensional trade mark can only be achieved by the shape of the product, not by a particular number of chocolate bars. Otherwise, the creativity and freedom to compete of companies would be unfairly restricted.

NESTLÉ appealed this decision to the Lisbon Court of Appeal. However, the Court of Appeal did not side with its arguments and upheld the first instance decision. In a short verdict, the judges found that the common element between the signs was the fact that both are composed by two aligned and joined bars in a rectangular base with a central partition, allowing their separation. However, and referring to the first instance decision, the court held that that did not lead to a likelihood of confusion between the trade marks.

In the field of chocolate bars, imagination is necessarily limited by the very notion of "bar" and there is not a significant degree of innovation and design. Hence, there is a need to centre attentions in the small details that distinguish the products, which, in any case, can be perceived by average consumers of the products. A different decision would result in granting the earlier trade mark holder an exclusive over the productions and commercialisation of “two joined bars”, something that would be inadmissible according to the Court of Appeal.

The courts’ judgements were published in the Intellectual Property Bulletin no. 072/2015, of 14 April. On a side note, readers should remember that this will not be the last time they hear about the Kit Kat shape trade mark, as the Court of Justice of the European Union will issue its judgement in Case C-215/14 Nestlé in the course of 2015 (predictably).

Sharing on Social Media? Use the link below...
Perm-A-Link: https://www.marques.org/blogs/class46?XID=BHA4060