Much has been written about the scoring capabilities of Cristiano Ronaldo, one of the best football players in the world. However, in respect of trade mark law, the talented Portuguese player just hit the post, as results from a Lisbon Commercial Court decision published on today's Industrial Property Bulletin (BPI 230/2014, 28 November).

In January 2009, Ronaldo applied for the registration of the word sign "CR" covering services for providing food and drink and temporary accommodation. INPI refused the registration since it was identical with an earlier trade mark registered by a third party.

Ronaldo appealed the decision, arguing that he had the exclusive right to use the "CR" initials as they were associated immediately to him and its international fame prevented any likelihood of confusion. Further, the trade mark applicant argued that the earlier trade mark was not being used.

In its recent judgement, the Court started by dismissing the inactivity of the earlier trade mark owner to put the trade mark to genuine use. Such could not be discussed in this forum and should be instead discussed in independent revocation proceedings. 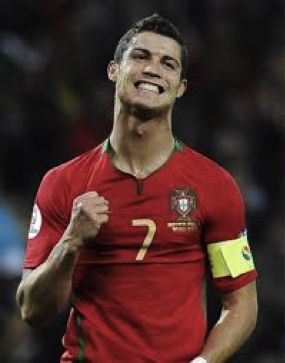 It further dismissed the remaining arguments presented by the Applicant. Although it recognised Ronaldo's notoriety and reputation, the Court ruled that the evidence was insufficient to demonstrate an worldwide recognition through the use of the initials "CR". Furthermore, even if such had been clearly demonstrated, it would not provide the Applicant any right to use in the course of trade or register trade marks that are identical to earlier registered trade marks.

The court further ruled that article 260(a) of the Portuguese Industrial Property Code (the provision is similar to article 6(1)(a) of the Trade Marks Directive) does not provide a right to obtain a trade mark registration of a person's own name. The provision acts simply as a defence, preventing a trade mark proprietor from prohibiting a third party from using, in the course of trade, his own name if such use is made in accordance with honest practices in industrial / commercial matters. The Court hinted that the applicability of such defence to initials or nicknames was controversial, but refrained from deciding on that particular issue as the appeal dealt solely with the registrability of the trade mark. Considering the above, the Court confirmed the double identity of the opposing trade marks and refused the trade mark registration.

Ronaldo did not score this time. However, following a brief search, this blogger noticed that he is still the proprietor of several registered trade marks, including CR7 and CR9. At the same time, he would not be surprised if a more favourable outcome for the football player could be reached in trade mark revocation proceedings (based either in lack of use and/or unfair competition).

Sharing on Social Media? Use the link below...
Perm-A-Link: https://www.marques.org/blogs/class46?XID=BHA3938