In Case T-36/09, the General Court proceeded to clarify the procedural rules regarding the time-limit for filing an appeal against a decision from the Opposition Decision where the latter is the object of a revocation procedure initiated by OHIM.

In a decision dated 16 May 2007 (reminder of the basic rule: 2 months APPEAL TIME LIMIT starts running when it is notified) the OD upheld an opposition between similar marks ‘DM’ and similar goods.

The OD, by letter of 8 June 2007 stated it intended “on the basis of Article 77a CTMR, to revoke the decision because of an obvious procedural error (i.e.: incomprehensible paragraph and unfinished sentence! Thank you ‘copy and paste’) asking the parties to submit their observations as to whether it was appropriate to revoke the decision.”

One member of OD, by letter in November 2007, stated that Article 77a did not apply, however the decision contained an obvious mistake which could be amended according to Rule 53CTIMR and attached an amended version of the decision (i.e.: with a paragraph making sense).  The OD informed the parties the decision was open for appeal at which point the Applicant filed for appeal.

However, the Board of Appeal rejected the appeal as inadmissible holding the OD’s letter of 8 June 2007 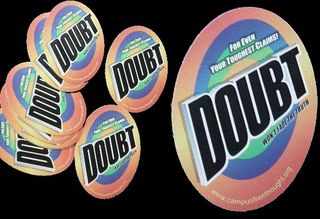 calling on the parties to submit observations on the revocation of that decision did not have any suspensive effect in relation to the time-limit for bringing an appeal.

The Court confirmed the findings of the BoA, supported by OHIM which in its response brief, pointed out, of its own motion, the gravity of the illegalities vitiating the amended version of the decision of 16 May 2007. Indeed, the correction to the original version concerned the very substance of that decision and in consequence cannot be construed as the correction of a clerical error nor can it be regarded as the correction of one of the types of error envisaged in Rule 53 CTIMR.

Further, the single member of the Opposition Division who had signed the letter notifying to the applicant the amended version of the decision had failed to explain the reasons for applying in the circumstances the rule permitting the correction of obvious errors. Accordingly, the Opposition Division could not revoke the decision of 16 May 2007 and adopt another decision without any legal basis, and thus had already exhausted its competence to rule on the opposition. In that regard, it must be held that that lack of competence constitutes an irregularity which undermines the conditions essential to the adoption and existence of the measure in question, which must in consequence be held to be legally non-existent. Therefore the GC annulled the decision of the BoA insofar as it did not find the amended version to be legally non-existent and declare it null and void.

The Applicant, claiming it relied on the principle of legitimate expectations, saw its line of defense rejected where the Court explained “ in view of the letter of 8 June 2007, the Applicant could not be certain as regards the decision which OHIM would take concerning the revocation of the decision of 16 May 2007 [since the parties could submit their observations on whether it can be revoked]. There can be no reliance on the silence of the administration to call upon this principle: since the OD’s letter stating the possible revocation did not expressly mention that the initiation of the revocation procedure had the effect of suspending the running of time limit to appeal.

Given the peremptory nature of the time-limit for filing an appeal, of which the Applicant had been reminded, moreover, at the time of the notification of the original version of the decision of 16 May 2007, and since the applicant failed to file within that time-limit, even as a precaution, an appeal against that decision, it did not act with the diligence normally required if a party is to be able to rely on the principle of the protection of legitimate expectations.

Sharing on Social Media? Use the link below...
Perm-A-Link: https://www.marques.org/blogs/class46?XID=BHA2554