This is the second time these parties arrive before the General Court: in earlier case T-481/04, the GC had upheld the appeal because the Board of appeal had wrongly considered itself to have no discretion as to whether taking into accounts new facts or evidence.

The background of this Vogue saga is as follows: Advance Magazine Publishers applied in 1996 for CTM “VOGUE” for Classes 9, 14, 16, 25 and 41. It was opposed on the basis of earlier national Portuguese mark “VOGUE PORTUGAL” registered for ‘footwear’ and business name VOGUE-SAPATARIA. The Opposition Division had observed that ‘Portugal’ had been included in the earlier mark by virtue of an old rule of Portuguese law which was no longer in force and that the marks could now be used without that indication. It therefore concluded that genuine use of the earlier mark was proven, that the marks at issue were identical, the goods were similar so there was likelihood of confusion. The successive decisions of the Boards of appeal, dismissing the new claim by the Applicant that it had an earlier international trademark with effect in Portugal for Class 25 goods [after remand] as unlikely to be relevant to the outcome of the opposition and that the stage at which it was submitted argued against taking into account, and especially holding that proof of genuine use had been examined in detail by the OD, confirmed its findings. 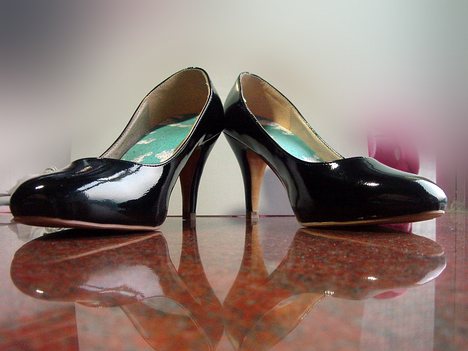 In judgment T-382/08, the GC held that the insufficiency of the evidence of the use of the earlier mark had led the OD, which reasoning was endorsed by the BoA , to base their decisions on probabilities or suppositions (as evidenced by expressions such as “presumably” and “make it reasonable to assume”).

First, it reminded that the Affidavits (proving time, place and nature of use) of the managing partner have less probative value than those of manufacturers, but in any event do not provide evidence concerning the extent of use. Photos of footwear models and insoles bearing VOGUE only proved the nature of the use. Photos of shoe shops and telephone directories referring to shops ‘Sapateria Vogue’ in Porto do not substantiate any of the requirements, in particular that those shops did market footwear bearing the earlier mark. In this regard, it is settled case-law that the word ‘Vogue’ as a company name does not constitute use as a trademark.

Furthermore, none of the 670 invoices bore the trademark Vogue (difference with LAMER precedent is that the goods listed were clearly identifiable and substantiated by packaging) and in fact only proved that the footwear was manufactured for the opponent, not the sale of footwear bearing the trademark VOGUE to end consumers.

Finally, the Opponent did not claim it was impossible to provide any other evidence, like copies of till receipts, brochures, catalogues, advertisements, etc., which would not have been difficult to obtain, to prove extent of use. It is consequently clear that the evidence adduced before the OHIM does not establish the requisite legal standard of genuine use for VOGUE for footwear in Portugal from 1994 to 1999.

Sharing on Social Media? Use the link below...
Perm-A-Link: https://www.marques.org/blogs/class46?XID=BHA2221