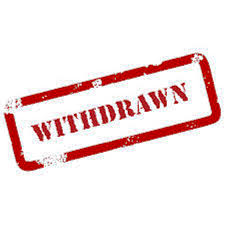 Here's some news from our friends at WIPO that might have escaped your notice. We reprint it in full below, and you can verify it by checking the WIPO website here:

Withdrawal of the declaration under Rule 18(1)(c) of the Common Regulations Under the 1999 Act and the 1960 Act of the Hague Agreement: Spain

1. On May 30, 2017, the Director General of the World Intellectual Property Organization (WIPO) received from the Spanish Patent and Trademark Office (OEPM) an official letter indicating that Patent Law No. 24/2015, of July 24, 2015, which came into force on April 1, 2017, introduced modifications to paragraphs 4 and 5 of Article 76 of the Law 20/2003 of July 7, 2003, on the Legal Protection of Industrial Designs. As a consequence of those modifications, the protection conferred by the international registration of a design shall take effect in Spain from the date of its publication by the International Bureau, provided that said registration is not the subject of a refusal of protection. Therefore, the previous communication from OEPM concerning the declaration under Rule 18(1)(c) of the Common Regulations under the 1999 Act and the 1960 Act of the Hague Agreement made by Spain, received on June 28, 2011, is withdrawn (please refer to Information Notice No. 12/2011).

2. Accordingly, the declaration under Rule 18(1)(c) of the Common Regulations, made by Spain on September 23, 2003, is no longer applicable and shall be considered withdrawn.

3. In accordance with Rule 35(2) of the Common Regulations, the said withdrawal took effect upon receipt by the Director General of the notification of withdrawal, on May 30, 2017.