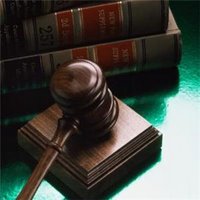 The Spanish economic newspaper Expansión reports that the Spanish Goverment has approved the creation of 15 new Commercial Courts in the cities of Madrid, Málaga, Sevilla, Zaragoza, Las Palmas de Gran Canaria, Valencia, A Coruña, Murcia, Valladolid, Badajoz, Burgos, Elche and Vigo. The approved budget for these new Courts is of €2.5 million.
The new Courts are expected to be functioning before next July 1, 2009. By then, the total number of Commercial Courts in Spain will be of 55.
According to the Spanish legislation, Commercial Courts have exclusive venue for civil cases in the fields of Intellectual Property, Antitrust, Unfair Competition, Corporate Law, Commercial Contracts, Bankruptcy, Advertisement, Transportation, Admiralty Law and Consumer Protection.
Posted by: Ignacio Marques @ 10.43
Tags: Commercial Court., Spain,
Perm-A-Link: https://www.marques.org/blogs/class46?XID=BHA951