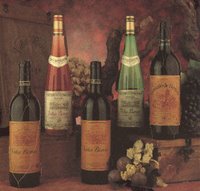 The owner of the MUGA trade mark sought (i) cancellation of the trade name Luis Gurpegui Muga, maintaining that there was a likelihood of confusion between the trade name and the MUGA mark under the Trade Marks Act, (ii) a declaration that, by using the term ‘muga’ on wine labels (the word ‘muga’ being written in larger letters than the two others words), the defendant had committed acts of imitation, confusion and misappropriation under the Unfair Competition Act, and (iii) an order that the defendant stop using the word ‘muga’.

The Supreme Court refused to cancel the trade name: the differences between the trade mark MUGA and the trade name Luis Gurpegui Muga were sufficient to avoid a likelihood of confusion. As to unfair practices, since the word ‘muga’ on the wine labels was not written in larger letters than the other words, no such practices had occurred. The court added that the function of the unfair competition legislation was to provide relief in situations that had not been foreseen by other legislation, rather than to provide two grounds of relief in respect of the same wrong: if an action was fairly based on trade mark law, it should not be actionable as unfair competition.