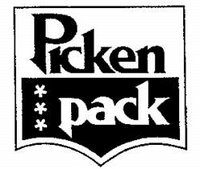 On 27 September 1996, the Polish entrepreneur Katarzyna Warzocha from Koniecpol applied to the Polish Patent Office to register the word trade mark PICKENPACK in classes 29 and 30 for goods such as frozen meat products, fish, poultry and game, frozen fruits and vegetables and frozen flour products. On 9 February 2000, the PPO granted the right (R-118206).

German company Pickenpack-Hussmann & Hahn Seafood GmbH from Lüneburg owned an international registration for the word-figurative trade mark PICKEN PACK (IR-520553) in class 29 for goods such as meat, fish, poultry and game as well as cooked fruit and vegetables, cooked take-away dishes mainly consisting of meat, fish, potatoes and/or other vegetables; all these goods are deep frozen. The registration was granted in the Republic of Poland on October 2008. German company filed before the Polish Patent Office a motion to declare the lapse of trade mark protection based on provision of article 169(1)(i):

Katarzyna Warzocha argued that she started to use the contested trade mark in the previous two years during talks with contractors interested in her offer. She provided information that the PICKENPACK trade mark had been used for frozen products, advertising flyers, business cards and offers of cooperation. Katarzyna Warzocha claimed that the goods labelled with this trade mark were present at the Polagra fair in the years 2001-2005. She also declared that she was able to provide statements of companies, which took supplies of frozen products poduced by her company. German company argued that this was not real evidence of actual use. On 6 November 2008, the PPO postponed the hearing in this case (act signature Sp. 27/06) to supplement the evidence.
Posted by: Tomasz Rychlicki @ 13.47
Tags: Poland, Polish Patent Office, Polish trade marks, trade mark use,

Sharing on Social Media? Use the link below...
Perm-A-Link: https://www.marques.org/blogs/class46?XID=BHA916