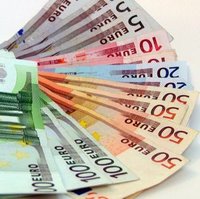 Since a few years right now – July 17, 2016 to be precise - I am sitting at my desk and doing nothing at all but reflecting on the sanctifying effects of the introduction in the Netherlands of article 14 of the Enforcement Directive (Directive 2004/48/EC, hereinafter ED), that forced Member States to ensure that reasonable and proportionate legal costs and other expenses incurred by the successful party shall, as a general rule, be borne by the unsuccessful party, unless equity does not allow this. Finally trade mark owners have reached that utopia which no one had ever expected: the unruly sea of infringements has been successfully transformed into still, clean waters. No need to rule the waves of infringements any longer, because there are no waves left. Niche IP offices had fought keenly over the left-overs, but left-overs lead to nothing left. So the niche IP offices became experts in mergers and acquisitions, because they had to sell their shares to major law firms with general practices, where they resided for a few years to get their kicks out of data-rooms, before finally retiring. Luckily I had no shares to worry about, so I just sat back and relaxed, took it easy, and finally had all the time I always wanted to read more books, listen to music and enjoy all other wonderful things in life. The only thing I really missed of those old days – luckily I still had some good friends left to talk about those days - was the law in action, pleadings in courts.

This is of course – to a great extent – pure fiction, but one can not deny – any longer - that Dutch IP litigation practice is changing due to the introduction of art. 14, that replaced the longstanding Dutch concept (since September 1, 1955) of calculating costs according to the so called ‘liquidatietarief’ (scale of liquidated rates), set by the Dutch Bar Association and representatives of the Dutch judiciary. From time to time these rates were indexed. The amount of liquidated costs depends on the proceedings by the attorney-at-law and on the financial value of the matter at hand. According to this concept the Presiding Judge in a ‘kort geding’ (summary proceedings) can settle the costs in cases without complicated factual or legal aspects for a minimum of € 527 and in other cases for amounts between a minimum of € 816 and a maximum of € 9.475. Attribution of the maximum in IP matters was – as far as I know - seldom. In most IP summary proceedings – in first instance – the amounts of liquidated costs fluctuated between the minimum and approximately – let’s say - € 2.500,--. Although this did not match the actual costs and some sulking was heard about this sometimes, the parties to the proceedings seemed not unhappy with that situation, because the financial risks of proceedings in this respect could be calculated quite well.

But all this changed due to art. 14. Although the ED should have been implemented ultimately April 29, 2006, the Netherlands did not succeed in time. We had to wait for implementation of art. 14 till May 1, 2007, on which date art. 1019h of the Dutch Civil Procedure Code (CPC), which reads, translated freely: 'In so far as necessary contrary the second paragraph of the twelfth section of the second title of the first Book and contrary to article 843a, first part, the unsuccessful party shall be ordered - if claimed - to bear the reasonable and proportionate legal costs and other expenses incurred by the succesful party, unless equity does not allow this.'

Although the courts decided that art. 14 should be anticipated upon as from April 29, 2006 and practice has gained experience with such anticipation, and in the meantime with art. 1019h CPC, I always have had the impression that there was a severe struggle with the past, with the traditional Dutch concept of 'liquidated costs of litigation' as sketched above, that is still applicable – by the way - in non-IP-matters. Clients could not be advised accurately. How to answer for example the general question of a client which amount of cost would be involved in an IP infringement proceedings if there is only the guidance of the texts of art. 14 ED and art. 1019h CPC? Should you tell a client that you can not estimate the costs, because you do not know the rates used by the other parties attorney, the time she/he will spend on a case and how many attorneys the other party is going to hire to work on its case? Difficult issues for which only a little guidance could be found in case law that had to be developed and is still developing. So practice learned its trade mark clients that the costs in trade mark cases could fluctuate between € 0 (if you win the other has to pay for all costs) and € 50.000 (if you lose you have to pay your own attorney and the other parties’ attorney), but – please note! - it could also be € 100.000,-- or even an infinite amount! Phew!

Of course this was advantageous to – especially - well known trade mark owners, because it eliminates average pirates beforehand, which is not something to be sad of, but it also kills – and that is a sad, bad thing – cases that are worth a discussion in court, because the parties to the proceedings can simply not run the – from a formal point of view - infinite risk of bearing the procedural costs. It is my opinion that this situation could kill the development of law, which is nothing to hurray for. It looks however that the alarm has been raised. On July 14, 2008 the ‘Landelijk Stafbureau Civiel’ (the national staff office for civil matters) of ‘de Rechtspraak’ (the Dutch judiciary), acting on behalf of the ‘Landelijk Overleg Voorzitters sector Civiel’ (the national consultation structure for the Presidents of the Dutch Courts in civil actions) offered an approved schedule of liquidated rates in IP matters, applicable for court cases in first instance, to the Dutch Bar Association.

The rates will enter into force on August 1, 2008. The rates are indicational and can be changed after evaluation half-yearly if there is a reason to do that, because the case law with regard to the application of art. 1019h CPC is still developing. The following standards and rates are formulated:

1. Art. 1019h CPC will only be applied if this is claimed explicitly. There is no need for a defendant to lodge a counterclaim, but the defendant has to raise the cost calculation according to art. 1019h CPC as an explicit defense in the principal proceedings.

2. The rates are only an indication. They do not affect the rule that the party who wins the case is entitled to a full compensation of the actual costs. The rates indicate the maximum amount of procedural costs that by and large can be regarded as reasonable and proportionate. The rates offer only a handle to judge the reasonableness of the procedural costs as claimed by the parties. Judges can deviate from the rates. It is to be expected that a detailed report is made regarding the involved attorney fees and the hours worked on a case together with an actual description of the work that has been done. If the costs that a party claims are higher than the indicated rates it should be motivated properly, if the other party contests the claim.

* The rates are only applied in cases that are based on the regulations mentioned in art. 1019 Rv, to be short, cases regarding the enforcement of IP rights.

* If a claim is not only based on infringement of an IP right, but also for example also on unlawful advertising, the court should estimate the costs that relate to the infringement part of the proceedings. The order to pay these costs should be based on art. 1019h CPC. The other part of the costs should be calculated according to the scales of liquidated costs that I sketched above (which is applicable in all civil – non-IP - matters).

* The rates are not applicable in patent cases. There is a possibility however that in the future also for patent cases indication rates shall be determined.

* The rates are only applicable for proceedings in first instance.

4. The extent in which an infringement can be blamed is as a general rule not relevant for the application of art. 1019h CPC. On grounds of fairness there is a possibility to deviate from a order to pay the costs calculated according to art. 1019h CPC, but fairness as such is not a ground to refrain from an order to pay all the procedural costs, because there is not a deliberate infringement. The same applies for the circumstance that one of the parties is more (or less) wealthy than the other one.

5. If the cost report of a party is not disputed, that report shall as a general rule be followed, even if the costs are higher than the indication rates. Unless indicated otherwise or if this follows unambiguously from a parties’ report the amount of costs that has been reported shall be regarded as including all disbursements and exclusive VAT.

6. The rates distinguish between simple cases and other cases. For an assessment of the time involved in the proceedings amongst other things the following can be taken into account: the extent of time reasonably necessary for factual investigations, before the proceedings were started; the extent of the relevant factual situation; the legal foundations of the claims; the extent of the defense; the amount of relevant exhibits. Furthermore it can be checked if the call in of the amount of involved lawyers was reasonable and proportionate in the perspective of the extent and complexity of a case. The financial value of a case is not decisive for the distinction.

Here are the indication rates:

These amounts concern only the proceedings of the attorney-at-law and are exclusive VAT. VAT is only taken into account if a party can not deduct this in an own VAT declaration. The amounts enclose also pre-procedural attorney-at-law costs, but not the costs for involved experts.

Of course this seems to be a positive development, that gives some guidance. Talking about procedural cost awards remains however a complex issue. What are we going to do for example in appeal cases? One critical note finally to end this long posting: let’s stop using the phrase ‘simple case’ (in Dutch: 'eenvoudige zaak') in a field like this one. The use of this phrase only leads to bad thinking and a lazy, non-creative approach of cases. It’s furthermore a underestimation of that fine, complex field of law which we call trade mark law. That being said I better get back to work on difficult cases.

Sharing on Social Media? Use the link below...
Perm-A-Link: https://www.marques.org/blogs/class46?XID=BHA513