The EUIPO has recently cancelled the figurative EUTM on the right for goods and services in Classes 9, 25 and 40,

including printing services. The proprietor argued that the shape was an arbitrary element of an instant photo frame and, as such, associated with Polaroid. The Office, however, disagreed. It found that the mark did not enable consumers to identify the products as originating from a particular company. This Author represented the cancellation applicant in the proceedings, which involved not so simple questions regarding the registrability of simple geometric shapes (arguably) resembling the shape of a product.

In 2018, an application for a declaration of invalidity was filed against the contested mark. The cancellation applicant argued that the mark was devoid of distinctive character as it consisted of a simple geometric shape, Article 7(1)(b) of the EUTMR. Within the invalidity application, a number of additional grounds had been raised, including:

Decision of the Cancellation Division ("CD")

The CD exclusively examined the contested mark's distinctiveness (or lack thereof). It referred to the case law of the General Court, according to which a geometric shape that is excessively simple, such as a circle or rectangle, is not considered in itself capable of serving as an indication of commercial origin, unless it has acquired distinctiveness (see T-291/16, representation of two lines, paras. 29 and 30). Applying those principles to the present case, the CD found that the contested mark consisted of two basic geometric shapes which were not combined in any remarkable way. Commonplace labels and frames, held the CD, were often formed by similar shapes and consumers could not be expected to consider such shapes to be an indicator of the commercial origin.

The CD expressly rejected several of the defensive arguments raised by the proprietor:

Finally, the CD held that the contested mark had not acquired distinctiveness either. Many of the documents submitted by the proprietor contained references to the mark 'Polaroid' and contained an image of an instant photograph. 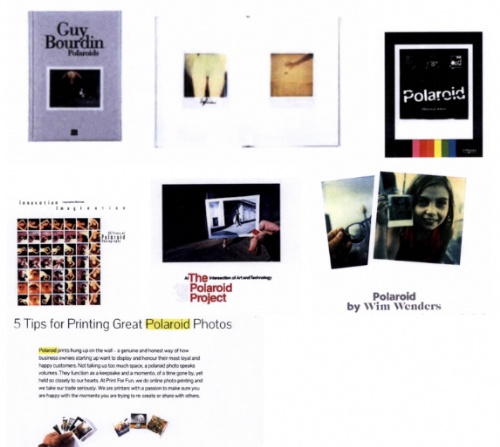 However, photographs in a white frame, found the CD, did not constitute the contested mark. Said mark consisted of the combination of two rectangles, which were not present in any of these examples. The CD concurred with the cancellation applicant that the proprietor "cannot, on the one hand, argue that the mark is a sufficiently specific graphic representation and that it does not seek protection for an abstract concept of a frame, and on the other hand, submit documents showing photographs in a frame claiming that this is how the mark is used" (p. 18). Much less did these examples show use of the contested mark for the registered products in question (which notably did not include instant films).

Insofar as the documents showed the contested mark on the back of product packaging, among technical information 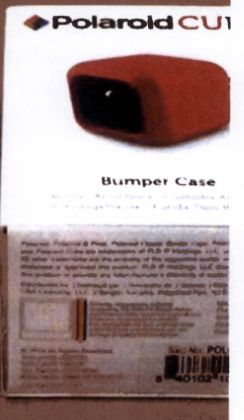 about the product, the CD mused whether consumers really perceived the shape as a trade mark or merely as additional information, showing the format of the pictures, with the actual trade mark being 'Polaroid'. In any event, the presented yearly numbers of visitors of the website polaroid.com from the EU Member States were, in the words of the CD, "far from impressive" (p. 22). Nor were the sales numbers sufficient to enable the CD to conclude that the contested mark has acquired distinctiveness. Finally, the CD was not swayed either by two surveys submitted by the proprietor. The first one was carried out among consumers in the UK, France, Germany and Spain – which is why the results of this survey could not be extrapolated to the remaining Member States. The second survey had other flaws. Whilst it covered more Member States (but still only one third of the relevant territory), the CD agreed with the cancellation applicant "that the series of questions asked in the survey are clearly leading the respondents to a particular answer" (p. 23). Overall, the CD concluded that the documents submitted by the proprietor, even considered in their entirety, did not conclusively prove that the contested mark acquired distinctiveness. As a result, the contested mark had to be cancelled, without a need for the CD to address the other grounds of invalidity raised.

Sharing on Social Media? Use the link below...
Perm-A-Link: https://www.marques.org/blogs/class46?XID=BHA5041