The 35th MARQUES Annual Conference kicked off today in a hybrid format, with more than 100 delegates taking part in The Hague and many others joining virtually.

The first two panel sessions both took inspiration from theme of this year’s Conference, which is “Peace and Justice for Brands”.

In Part 1 – Trade Mark Peace and Justice in Perspective, Willem Leppink of Ploum (member of the MARQUES Executive) chaired a panel comprising Paul Maier, Director of the Observatory on Infringements of Intellectual Property Rights at EUIPO; Martina Koetsier, Consumentenbond, The Netherlands; and Petra Herkul, DSM, The Netherlands (Chair of the MARQUES Anti-Counterfeiting and Parallel Trade Team).

He explained that the Observatory comprises various networks of EU Member States, 68 private sector organisations and eight consumer and civil society groups, and said “We all need to work together.” The European Parliament has designated five MEPs to follow the Observatory (including one from the Pirate Party) and there is a close relationship with the European Commission, as well as liaison with judges and prosecutors. “Ideas come from our stakeholders, and we try to make objective studies, with data as robust as possible,” he said. The Observatory has 57 staff and an annual budget of €12 million to €14 million. 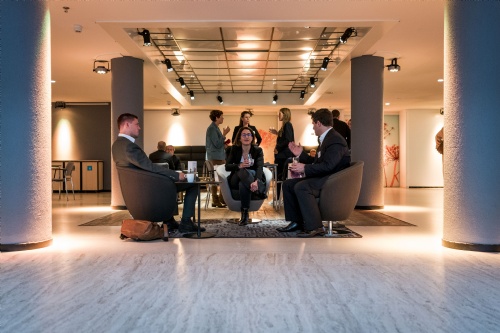 One of the biggest difficulties is raising awareness among consumers, particularly when they do not see the harm in buying counterfeits. Paul said that research showed that while 80% of people think they understand IP only 4% of consumers think IP is to their benefit. Martina said that consumers have many different motives when buying counterfeits: some want cheaper goods, some are tricked online and a few are deliberately looking for fakes. Sometimes there is a grey line between imitation and fake. “If it’s too good to be true, it probably is,” she said.

For this reason, said Petra, it is vital that brand owners to help build awareness: “It is crucial to look at the buyers of these products. Selling counterfeits is cheap and easy, you’re unlikely to be found out and the penalties are low.” For example, MARQUES organised an event in The Hague earlier this week for young people to educate them; at the end, nearly all said they would not deliberately buy fakes. EUIPO has supported awareness-raising activities such as the Fight Fake fashion show by JP John Pan in Greece.

Petra noted that brand owners have limited resources, so it is important to choose your battles wisely, and decide when and how to target manufacturers and to inform consumers. Belonging to a group is important for many consumers, so engaging celebrities and influencers is vital. She added that brand owners need to think carefully about how to explain the return on investment spent in protecting the brand and preventing dilution. 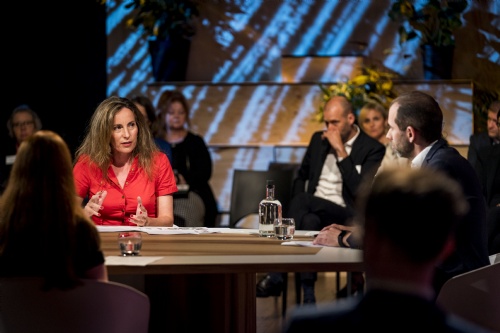 In Part 2, Preparing for Peace and Justice, the panellists discussed filing strategies and enforcement in the context of recent trends and decisions regarding bad faith and the scope of trade mark protection.

Marlou van den Braak of Heineken International B.V., The Netherlands (member of the MARQUES Famous and Well Known Marks Team) said that her company is filing more trade mark applications, driven by brand expansion and trends such as the rise in low/no-alcohol beer, the popularity of hard seltzer in the US and sessional beers in Europe, and acquisitions. It has 450 unique brands in total, most of them local brands.

Filing strategies vary significantly by industry, said Imogen Fowler of Hogan Lovells Spain (Chair of the MARQUES Brands & Marketing Team). For example, tech start-ups generally prefer not to do extensive searching and instead to deal with any problems arising later on, while at the other extreme big pharma companies tend to be very conservative.

The key is to identify what is important for the business: “Prosecution and enforcement go hand in hand. If you don’t have the right things registered, then you can’t enforce,” said Imogen. One way to do this is to survey customers about what they value and recognise in a brand. However, this has to be balanced with what is registrable – especially given the difficulties associated with registering 3D, colour and figurative trade marks. In some cases, a registered design right can be an effective for takedown purposes.

Both speakers agreed on the importance of having regular discussions between marketing and trade mark departments to plan as far ahead as possible, avoid surprises and consider the possibility of building acquired distinctiveness. Marlou pointed out that it is not always possible to predict in which markets a particular brand will be launched or be successful, and Imogen added that distinctiveness requirements can vary by country – giving the example of Doughnuts which has been registered and enforced in Spain. Marlou added that sensitivities can also vary according to markets: for example, “piranha” is slang for “prostitute” in Brazil so would not be appropriate for a brand.

During the session, Imogen discussed the extensive (and ongoing) litigation in the SkyKick case, and the MONOPOLY decision of the EU General Court, and said they may already be having an impact on strategies: “People are now taking a more American style of approach. You think twice about filing very, very broadly.”

Strategies also evolve, of course. Many IP offices have big backlogs at the moment due to the COVID-19 pandemic, so it can be many months or even years before there is certainty about whether a mark can be registered. In Jamaica, the trade mark registry is hard to search so it is a popular jurisdiction in which to file if you want to keep your applications secret. 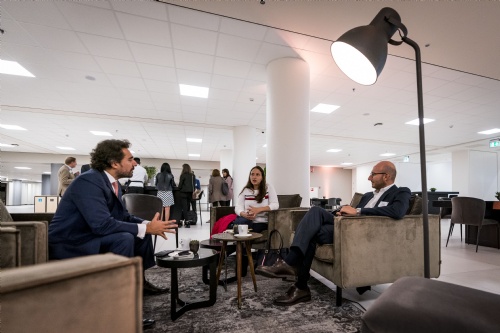 And, explained Marlou, in China it’s “a whole different story”. Heineken even had a case where its brand was being used on sewing machines. Due to the problems there, the company files more extensively than in other markets for its famous brands, so that it can bring enforcement actions and block speculative applications by third parties. Marlou recommended a multi-pronged strategy, incorporating defensive filing, non-use actions and cancellation actions as well as other mechanisms such as copyright protection and unfair competition to maximise protection in the country.

The panel was moderated by Kasper Frahm of Plesner in Denmark.

This year’s MARQUES Annual Conference is taking place in a hybrid format. It was opened this morning by MARQUES Chair Joachim Hofmann, who summarised some of the highlights from the past year, and BOIP Director General Ragnar Gustafsson, who discussed what his Office is doing to make life easier for customers to protect IP. Recent BOIP initiatives include making the iDEPOT system free for one month and updating and modernising the trade mark register to include image search.

The Conference sessions continue tomorrow (Thursday) and there is a full programme of webinars next week. For more details see the dedicated page here. You can see short reports and photos from the Conference on social media using the hashtag #MARQUES35.

Sharing on Social Media? Use the link below...
Perm-A-Link: https://www.marques.org/blogs/class46?XID=BHA5027