The Greek TM Application below met the Office's refusal, though an appeal is of course possible. 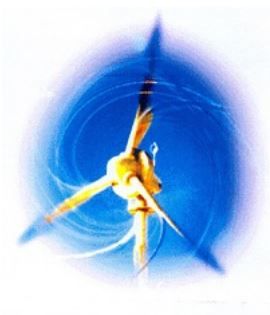 Interestingly, the provisional refusal only related to descriptiveness and lack of distinctiveness of the mark. The Office's employment of the misleading / deceptive nature of the mark for part of the goods / services came in response to the Applicant's observations.

If there is a conclusion to be drawn, it is that even a fanciful figurative mark might not escape refusal over descritpiveness. Assuming that the GR TM Office is right in considering the mark descritpive for wind turbines, its revised assessment that it is misleading for photovoltaic panerls and production of lectric enwergy via solar power is correct, unlike its initial refusal which extended descriptiveness to these goods / services as well.

As noted, an appeal before the Trademarks Administrative Committee of the Greek TM Office is possible, so we may hear on this in the future.

Sharing on Social Media? Use the link below...
Perm-A-Link: https://www.marques.org/blogs/class46?XID=BHA4777