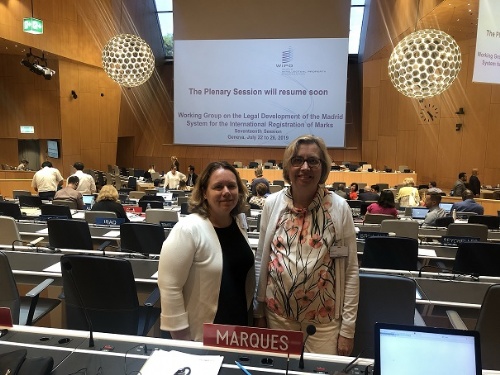 Tove Graulund and Jessica Le Gros (pictured right) from the MARQUES International Trade Mark Law and Practice Team attended the recent Madrid Working Group meeting at the World Intellectual Property Organization. The meeting is for contracting parties to the Madrid Agreement and Protocol and NGOs including user groups and industry associations to discuss changes to the Madrid system for International Registrations to improve the functioning and use of the system.

MARQUES attended to advocate for brand owner interests, and to seek to improve the way in which the International Registration system operates for brand owners. The agenda for the meeting and the MARQUES position paper can be found here.

Topics on the agenda included:

Replacement (where an IR designation that is equivalent to an existing earlier national registration can benefit from the earlier registration's priority date). MARQUES advocated for a central mechanism to provide for replacement to make it easier for brand owners to use. The Working Group is reviewing a proposal to implement a transitional timeframe for all contracting parties to implement the option of partial replacement. 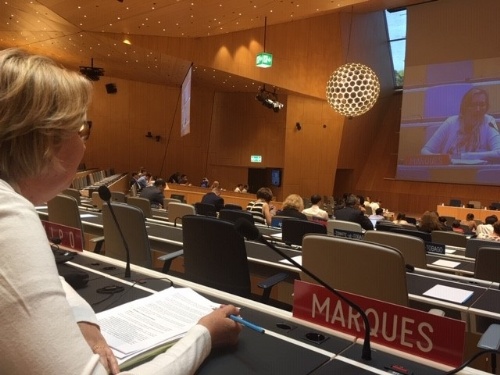 Dependency. This is a contentious topic that has been discussed for some time. It is a foundational principle of the Madrid system that an IR and its designations are dependent on the fate of the basic mark, but equally this principle causes uncertainty for brand owners and can mean they avoid using the system. MARQUES would like to see the principle of dependency removed, and topics under discussion included the removal of dependency, reduction of the dependency term from five years to a shorter period, freezing of dependency to observe the impact of this, or the limitation of the effect of dependency to certain types of actions by third parties (eg, challenges based on bad faith).

New languages. Russia and China put forward proposals at last year's meeting for the addition of Russian and Chinese as working languages, and this year Bahrain put forward a proposal for the addition of Arabic as well. While MARQUES is an inclusive association and supports diversity, it is difficult to see a practical way forward for the addition of three and perhaps more languages. It can only be done when machine translation is fully reliable and when it will not result in additional costs for the users. It must furthermore be ensured that the current tools, such as MarkMonitor and Fee Calculator, would remain reliable and function without difficulty. It is obviously at the same time an issue that is viewed as very important for the countries using the languages in question and also for countries that see an opportunity to have their own language included, such as Portuguese. It was clear from the discussion that the participants recognised that this was a topic that needed very thorough analysis before a decision can be taken, and it is to be expected that this will be on the agenda of the Working Group for many years to come.

For more information on the Madrid System, members can check the International Trade Mark Law and Practice Team’s dedicated page.

Sharing on Social Media? Use the link below...
Perm-A-Link: https://www.marques.org/blogs/class46?XID=BHA4766