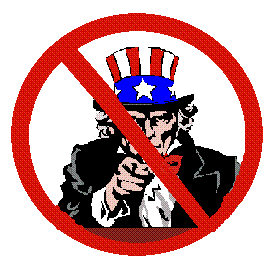 The change was announced by the USPTO on 2 July (read the announcement here).

MARQUES members with in-house legal teams who do their own global filings will probably be most affected by this new rule.

What do you need to know?

Why is this happening?

It is the trademark equivalent of law-abiding people having to put their toothpaste in a plastic bag and remove their shoes before getting on an aeroplane.

While most jurisdictions do not require a showing of use to register or renew a registration, this is still an important concept in the US, which still strongly bases even registered rights on common-law use. There has been a surge of fraudulent filings and renewals at the USPTO claiming use where there is no use, with fake specimens, or where the person signing does not have authority to sign. Here is the USPTO’s stated justification as set forth in the Federal Register, which publishes new Agency rules:

[I]n the past few years, the USPTO has seen many instances of unauthorized practice of law (UPL) where foreign parties who are not authorized to represent trademark applicants are improperly representing foreign applicants before the USPTO. As a result, increasing numbers of foreign applicants are likely receiving inaccurate or no information about the legal requirements for trademark registration in the U.S., such as the standards for use of a mark in commerce, who can properly aver to matters and sign for the mark owner, or even who the true owner of a mark is under U.S. law. This practice raises legitimate concerns that affected applications and any resulting registrations are potentially invalid, and thus negatively impacts the integrity of the trademark register (84 FR 31498 (2 July 2019)).

The USPTO no longer wants to place the burden on applicants, for example to petition to cancel blocking registrations where the mark is clearly not in use.

Indeed, a corollary to the 2 July announcement is a new four-page Examination Guide, also dated July 2019, educating examiners on how to spot a fake or digitally altered specimen.

The same problems and misunderstandings about what is use in commerce and who is the owner of a mark also pertain to applicants domiciled within the US who file without an attorney. But the surge of fraudulent applications from foreign applicants prompted the rules. A number of US attorneys have even reported being contacted by a foreign individual asking to pay to use their US law firm address to do their US filings.

Janet Satterthwaite is a Partner of Potomac Law Group and a member of the MARQUES IP Emerging Issues Team. The illustration is by Marcelo Cozzolino (Wikimedia Commons)