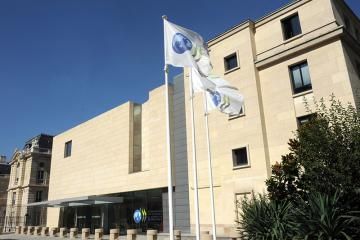 The 2019 Intellectual Property Crime Threat Assessment Study, compiled by Europol and the EUIPO, was published during the International Forum on IP Enforcement held in Paris on 12 June.

Susie Harris, MARQUES Chair, and Petra Herkul, Chair of the Anti-Counterfeiting and Parallel Trade Team, attended the Forum, which focused on the growing challenges posed by counterfeits, and how they can be tackled. There was a particular emphasis on the need for cooperation, including across borders.

According to the Executive Summary of the Study, counterfeit and pirated goods make up as much as 6.8 percent of EU imports, amounting to €121 billion. The number of detentions of counterfeit goods by EU customs authorities has gradually decreased since 2013, while the effectiveness of the operations has increased, as shown by the number of items seized and their value per case or per procedure.

In recent years, there has been an increase in the use of express transport for shipping counterfeit goods, resulting from the trade in small parcels and the sale of counterfeit goods in online marketplaces. The report says that social media marketplaces in particular have emerged as a key platform for counterfeiters.

Sectors being targeted by counterfeiters, according to the report, are: luxury goods, cosmetics, electronic components, food and drinks, pesticides, pharmaceuticals, tobacco products, toys and vehicle parts.

The EUIPO Observatory has also published the 2019 Qualitative Study on Risks Posed by Counterfeits to Consumers. This initial report investigates the types of risks expected from the perspective of IP infringement and non-conformity with health and safety requirements. It is a first step towards increasing awareness of organised crime selling counterfeits that threaten the health and safety of EU citizens.

The Executive Summary of both reports can be downloaded in various EU languages, on the publications page of the EUIPO Observatory.