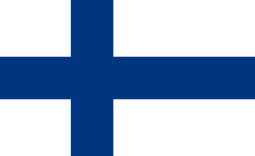 The Finnish Trade Marks Act will be fully reformed. The new Act was ratified by the President of Finland on 26 April 2019, and it will come into force on 1 May 2019.

Although the main driver for the reform has been the implementation of the new EU Trade Mark Directive ((EU) 2015/2436) and Singapore Treaty (Singapore Treaty on the Law of Trademarks 2006), the reform is most welcomed, since the previous Trade Marks Act was enacted in 1964. Even though there have been a number of partial reforms of the Act over the years, its structure is somewhat outdated and unclear and the provisions do not fully comply with the EU case law.

The new Act will introduce several significant changes to opposition and invalidation proceedings, requirements for the specification of goods and services, representation requirements of a trade mark, treatment of goods in transit, and more.

According to the old Finnish trade mark practice, trade mark registrations that contain a Nice class heading in the list of goods and services enjoy protection for all goods and services falling into that specific class. This interpretation was changed on 1 October 2012 for new applications as a consequence of the CJEU’s decision in the IP TRANSLATOR case (C-307/10).

For applications filed between 1 October 2012 and 31 December 2013, the applicants were able to use the Nice class heading as a part of the lists of goods and services, and make an additional claim according to which the application is intended to cover the full Nice alphabetical list of goods/services of that specific class.

For applications filed after 1 January 2014, where the application contain only the Nice class heading in the list of goods/services, the scope of protection is limited to those goods and services that are clearly covered in the literal wording of the class heading.

As a consequence, it has become difficult to interpret the actual scope of protection of a Finnish trade mark registration containing a Nice class heading in the list of goods and services, as this depends on when the application was filed.

In order to clarify the current situation, the new Act offers an opportunity to specify the lists of goods and services of those trade mark registrations that were filed before 1 January 2014 with a full Nice class heading (or a class heading and a claim that the full Nice alphabetical list is covered).

The owners of those registrations can specify the list by listing all goods/services falling into that class that were intended to be covered by the registration. Unlike the similar reform made to EUTMs, the list is not restricted to cover only those goods and services that were included in the Nice alphabetical list at the time of the filing of the application (except for those applications that were filed between 1 October 2012 and 31 December 2013 and that contain a reference to the Nice alphabetical list).

It is notable that the requirement also applies to International Registrations that were designated to Finland before 1 October 2012 and that cover a full Nice class heading in their list of goods and services.

The revised Trade Name Act also enables the partial invalidation of trade names on the basis of five years of non-use, which was not possible in accordance of the old Act.

As part of the implementation of the Directive, the new Act streamlines the trade mark opposition proceedings by making it possible for the applicant to request the opponent to prove the use of an earlier right that has been registered more than five years ago.

According to the old Trade Marks Act, the validity of the earlier right could only be questioned by filing a non-use invalidation action against it.

The new Act also introduces some additional changes to the opposition proceedings, including the possibility for the parties to request a suspension of the proceedings by a joint request.

Changes to the representation of the mark

The new Act abolishes the requirement for the graphical representation of a mark. According to the new Act, a trade mark may consist of any signs, in particular words, including personal names, or designs, letters, numerals, colours, the shape of goods or of the packaging of goods, or sounds, provided that such signs are capable of:

distinguishing the goods or services of one undertaking from those of other undertakings; and

being represented on the register in a manner which enables the competent authorities and the public to determine the clear and precise subject matter of the protection afforded to its proprietor.

The provisions regarding goods in transit have been clarified in accordance with the Directive.

According to the new Act, a trade mark owner can prevent all third parties from bringing goods into Finland, even if the goods are only in transit, if such goods bear an identical or similar mark. However, this entitlement lapses if the holder of the goods provides evidence that the trade mark owner is not entitled to prohibit the placing of the goods on the market of the country of final destination.

The new Act provides welcome clarification to the Finnish trade mark system, and it is expected to smoothen and streamline several parts of the trade mark proceedings – including opposition, invalidation and revocation actions.

Post written for Class 46 by Kaisu Korpua and Markku Tuominen of Roschier, Helsinki

Sharing on Social Media? Use the link below...
Perm-A-Link: https://www.marques.org/blogs/class46?XID=BHA4734