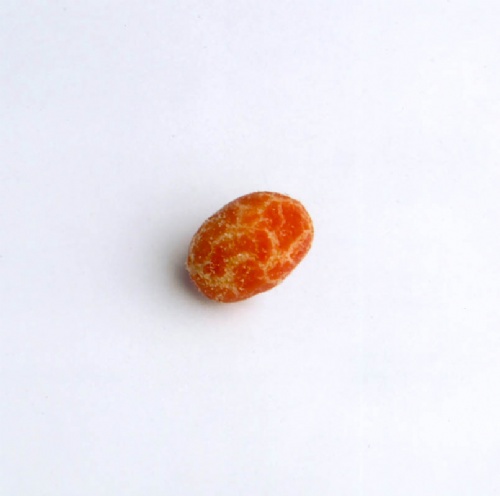 This post is going to take you on a special safari. One which will take you to the District Court of Gelderland, location Arnhem (Meijer, Boks and Heemstra). On 27 March 2019 this Court decided a very interesting trade mark infringement case on the merits. Two remarkable ‘species’ were involved. On the one side the so called ‘Tijgernootjes’ (tiger nuts), a partynut produced under the auspices of Frito-Lay (using the main brand name ‘Duyvis’, well known in the Netherlands, especially for its former slogan ‘Duyvis voor als er fuif is’ - Duyvis for all festivities) and on the other side ‘Girafnootjes’ (giraf nuts), produced by Dutch based company Intersnacks B.V.

Moreover Frito-Lay was entitled to an expired patent for a technical process to produce tiger peanuts, whereby - to summarize - the core of a snack product was surrounded by two layers of a dough material, of which the one next to the core is more flexible than the (foremost) non-flexible one on the outside, which when heated has the effect that the inner dough material breaks through the outer dough material. An effect described in the patent as producing so called crackled peanuts, which also produces, depending on the choice of the dough materials, a completely new taste and a pleasant bite.

Since 2015 Intersnack produces and markets so called ‘Girafnootjes’ for Aldi, using the production method as described in the expired patent of Frito-Lay.

First of all Intersnack successfully argued that the word mark ‘Tijgernootjes’ and the sign ‘Girafnootjes’ are clearly not identical and not similar in such a way that this may cause confusion and or dilution according to article 2.20 paragraph 1 under a, b and/or c BIPC (Benelux Intellectual Property Convention). The argument made by Frito-Lay that there is a high degree of conceptual similarity, because the word elements ‘Tiger’ and ‘Giraffe’ are one of kind, namely ‘exotic wild animals with yellow brown skin with camouflage pattern’ was rejected. According to the Court there is only a low degree of conceptual similarity, which is to a large extent compensated by the auditive and visual differences between ‘Tiger’ and ‘Giraffe’. Therefore the use of ‘Girafnootjes’ causes no risk of confusion with ‘Tijgernootjes’ and accordingly no unfair advantage is taken of, or detriment done to, the distinctive character or the repute of the ‘Tijgernootjes’ trade mark (whereby the Court points out that it does not comment on the question whether ‘Tijgernootjes’ is a trade mark with a repute). For the record the Court held the ‘Tijgernootjes’ trade mark valid, because it was not evidenced by Intersnack that this trade mark has become generic.

However with regard to the other trade mark rights invoked by Frito-Lay - except the ‘one-peanut-without-a-note’-trade mark registration - the Court finds that these rights are valid and that Intersnack’s infringes these rights with ‘Girafnootjes’.

The Court investigates first of all the graphical representation of the signs in the registrations. Do they match with the requirements which follow from the CJ EU decisions in the Sieckmann (2002) and Libertel (2003) cases?

But do the registrations meet up with the Siekmann requirements? The Court finds they do.

That one may not directly derive from the pictures used in the registrations that they concern shape marks, is backed up by the ‘Shape Mark (3D)’ description in the notes of the registrations.

With regard to the ‘group of peanuts’-registration specifically Intersnack raised the argument that it is unclear whether it is the intention of claiming protection for something within a square frame (the space which can be used to graphically represent to sign for which trade mark protection is claimed). The Court does not follow this argument. According to the Court Intersnack did not clarify why the reasonable who uses the trade mark register will come to think that the square frame surrounding the picture is a part of the sign for which trade mark protection is claimed.

Thus the Court finds that these trade mark registrations are valid and protect as a trade mark a peanut with a chequered color pattern in orange, brown and yellow shades, which follows sufficiently clear, in an easy accessible way, unambigiously and also objective and comprehensible from the registrations.

The next hurdle taken by the Court is the other characteristic element now codified in article 2.2bis paragraph 1 sub e BIPC (to be short: a certain element of goods for which no trade mark protection can be obtained). Following the recent CJEU’s decision in the Textilis/Svensk (2019) case, the Court decides that this provision is not applicable with regard to trade marks registered before 1 March 2019, so that Intersnack cannot rely on this provision.

But that’s not the end of the story. The Court continues its investigation of the validness of the trade mark registrations along the lines of article 2.1 lid 2 BIPC (as it read before 1 March 2019), according to which the shape of goods cannot be a trade mark if that shape results from the nature of the goods, gives a substantial value to the goods or is necessary to obtain a technical result.

Are the ‘Tijgernootjes’ affected by this exception, because what the registrations intend to protect as a trade mark (the chequered appearance) is the necessary result of the production process, being the object of a patent, which has expired? Peanuts which have been produced with this technique have according to their nature a chequered appearance? Does not give this chequered appearance these peanuts a substantial value? And isn’t the shape of the ‘Tigernootjes’ and coinciding characteristics necessary to obtain a technical result? And - from a more fundamental viewpoint, also raised by Intersnacks - is it (still) justified to preserve the trade mark registrations, whilst Frito-Lay has already enjoyed patent protection, which is restricted in time?

The Court answers all these questions with a no: because the registrations concern composite trade marks, bearing elements of both color and shape marks, the Court holds that the strict conditions for protection of pure color and shape mark do not apply - so to speak - to the utmost extent. Frito-Lay does not claim trade mark protection for the colors orange, brown and yellow on the specific round form of a peanut, but only the combination of these elements. And with regard to the shape - according to the Court - Frito-Lay does not claim trade mark protection for the shape as such, but only the application of a specific pattern on a specific place - for which finding the Court refers to the CJEU decision in the Louboutin (2018) case. In other words - as the Court summarizes - the shape as such is not the object of protection, but the shape serves only to demarcate what Frito-Lay intends to trade mark, namely the chequered colourpattern in the colors orange, brown and yellow. With that the Court rejects the main invalidation arguments raised by Intersnacks. Above that the Court finds that ‘Tijgernootjes’ do not miss distinctiveness, due to the overall impression which is decisive and taking into account that the trade mark protection which Frito-Lay seeks to obtain is not for colors nor shapes per se.

From there the Court rides the safari train into classic infringement territory. A comparison between the peanut species on either side leads the Court to the conclusion that the species are identical and that Intersnack infringes the trade mark rights of Frito-Lay with regard to the ‘group op peanuts’ and ‘the-one-peanut-with-a-note’ (infringement according to article 2.20 paragraph 1 sub a BIPC). The Court rejects Intersnack’s argument that each peanut produced according to the (previously) patented production technique is different, because the parties agree that the ‘Girafnootjes’ and ‘Tijgernootjes’ are produced applying the same technical process and Intersnack uses identical colors as indicated in the trade mark registrations. According to the Court the relevant public shall recognize in the ‘Girafnootjes’ the same pattern as protected by Frito-Lay for the ‘Tijgernootjes’, whilst the differences between the individual peanuts will escape the public’s attention.

Although the Court did not find a trade mark infringement nor a ‘slaafse nabootsing’ (passing off) with regard to the lay out and artwork used by Intersnack on its packaging (against which Frito-Lay relied on a trade mark registration for the front of its packaging), it nevertheless concluded that there was an act of ‘slaafse nabootsing’ (passing off) of Intersnack, following from the sales of the ‘Giraffenootjes’ as such. Because the ‘Tijgernootjes’ - as the Court derived from its trade mark infringement findings - have its ‘eigen gezicht’ (specific appearance) in the market, Frito-Lay is entitled to protection against the unnecessary confusion Intersnack causes by selling ‘Girafnootjes’ which are - as the Court states - to a high extent similar to ‘Tijgernootjes’.

So the safari ended with a victory to a great extent for ‘Tijgernootjes’, but because Intersnacks prevailed on certain points, the Court ruled that each party should bear its own costs of this special safari.

Sharing on Social Media? Use the link below...
Perm-A-Link: https://www.marques.org/blogs/class46?XID=BHA4730