The General Court has recently held that the three-dimensional sign depicted below did not lack distinctiveness in respect of various goods in Classes 29, 30, 32 and 33, including "oils for food" and "soft drinks" (see Case T-313/17).

The Examiner had initially refused the EUTM application on the basis that it was devoid of any distinctive character within the meaning of Article 7(1)(b) EUTMR. The First Board of Appeal ("BoA") rejected the applicant’s appeal. The BoA held that the shape applied for did not depart significantly from the customs of the sector in question but simply resembled a common amphora (for further information, see http://en.wikipedia.org/wiki/Amphora). The only element that potentially made the shape somewhat unusual was a "kink" (German: "Wulst") at its centre. However, this kink would not be perceived as a badge of origin but as a functional feature necessary to properly store the vessel.

The General Court disagreed and annulled the BoA's decision. According to the Court, the combination of the elements of the shape applied for could not be considered "entirely common". Due to the striking kink, the relevant public could distinguish the overall shape of the mark from the types of bottles that were typically available on the market. Although the kink was a functional feature, it did also add to the "aesthetic value" of the mark. Consequently, 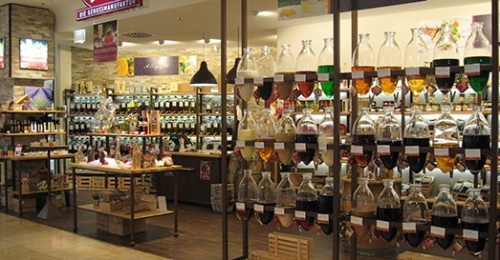 the "characteristic combination of the presentational features" of the mark applied for possessed the required minimum degree of distinctiveness, said the Court.

The decision at issue is remarkable. According to settled case-law, only a "mark which significantly departs from the norm or customs of the sector" is not devoid of distinctive character (see Case C-218/01, Henkel, para. 49). The CJEU also confirmed that the mere fact that a shape is a "variant" of a common shape of a particular type of product or packaging is not sufficient to establish its distinctiveness (see Case C-136/02 P, Mag Instrument, para. 31). Moreover, it is commonly accepted that functional shapes will be perceived by the consumer as such and not as indicators of commercial origin (see, for instance, EUIPO Guidelines, Part B, Section 4, Chapter 3, p. 21). It seems, to say the least, difficult to reconcile these principles with the General Court's reasoning in the present case.

Sharing on Social Media? Use the link below...
Perm-A-Link: https://www.marques.org/blogs/class46?XID=BHA4692