In an appeal from the First Board of Appeal of EUIPO of 20 October 2016 (Case R 2452/2015-1) relating to opposition proceedings between the French Republic and France.com, the General Court last week held that the EUIPO's Board of Appeal had been correct to allow the opposition to registration of the combined word and device mark "France.com" due to a likelihood of confusion under Article 8(1)(b) of Regulation No 207/2009 with the opponent's conceptually identical word and device mark "France", registered for identical and similar services; case: France.com, Inc. vs EUIPO, T-71/17, of 26 June 2018.

The signs in question

The applicant's mark on top, the opponent's mark below. 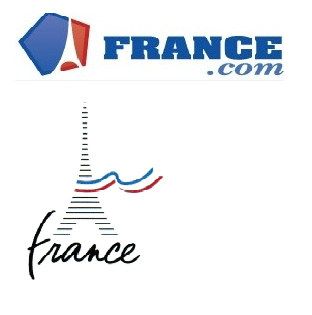 Similarity of the signs (and goods and services)

Looking at the similarity of the signs, the court recalled at the outset that it must be "be borne in mind that, in opposition proceedings, the fact that an earlier EU trade mark has at the very least the minimum level of distinctiveness required in order to be registered cannot be called into question. The distinctiveness of a mark may be called into question by the applicant only in proceedings for the cancellation of the earlier mark, under Article 52 of Regulation No 207/2009 (now Article 59 of Regulation 2017/1001)" , citing "Aldi Einkauf v EUIPO — Weetabix (Alpenschmaus)", (T-103/16).

The court further found the marks phonetically "almost identical", notably the relevant consumers would regard the figurative depiction of Eiffel tower as “a mere illustration of the word element "france", without, however, saying its name when reading the earlier mark”.  The court also pointed out that the phonetic reproduction of a composite sign "corresponds to that of all its word elements, regardless of their specific graphic features, which, instead, fall to be considered when analysing the sign visually. Therefore, the figurative elements of the earlier sign should not be taken into account for the purpose of the phonetic comparison of the signs at issue".  Thereby the court rejected the applicant's unusual argument that consumers would "read" the visual elements (here: the Eiffel tower device) and translate them into (spoken) word(s).

Conceptionally, the marks were identical. The court held that the signs "refer to the same concept, represented by the word element ‘france’ and the figurative element depicting the Eiffel tower, that is to say, France, the signs at issue are conceptually identical, and the element ‘.com’, present only in the mark applied for, is not sufficient to enable those signs to be differentiated conceptually."

The General Court thus summarised that the marks shared a low degree of visual similarity, were almost identical phonetically and were conceptually identical. Moreover, the applicant did not dispute the Board of Appeal’s assessment that the services in question were in part identical and in part similar.  In light of this the General Court concluded that there was a likelihood of confusion under Article 8(1)(b) of Regulation No 207/2009.  In this context the General Court once again stressed that the fact that the earlier mark was of weak distinctive character did  not preclude a finding that there is a likelihood of confusion in the present case. Although the distinctive character of the earlier mark must be taken into account in assessing the likelihood of confusion, this was only one factor among others involved in that assessment. Consequently, even in a case involving an earlier mark with weak distinctive character, there may be a likelihood of confusion on account, in particular, of a similarity between the signs and between the goods or services covered (citing PAGESJAUNES.COM, T-134/06).

Request to refer the case to the CJEU

Sharing on Social Media? Use the link below...
Perm-A-Link: https://www.marques.org/blogs/class46?XID=BHA4653