In Case T-241/16, the EU General Court ("GC") had to consider whether or not consumers will be confused where a later mark consisting of two letters is an anagram of an earlier mark.

The applicant, El Corte Inglés, SA, sought to register the figurative sign on the right as 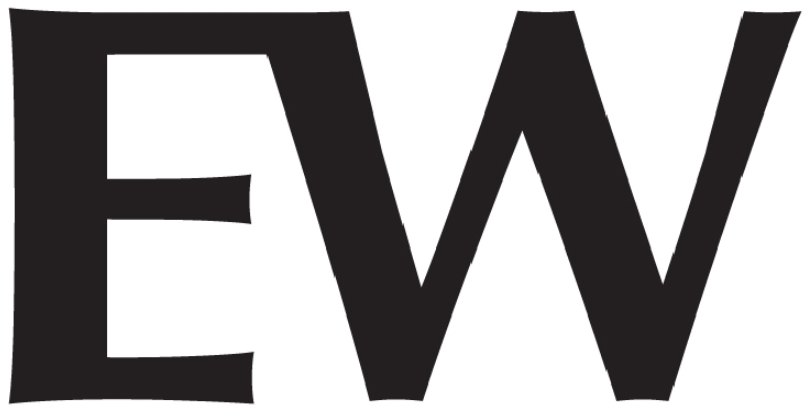 an EU trade mark. The goods in respect of which registration was sought were in Classes 3, 18 and 25 and included "clothing, footwear, headgear". In 2014, the intervener, WE Brand Sàrl, filed an opposition in respect of all goods applied for. The opposition was based on the earlier EU word mark "WE" covering, inter alia, goods in Classes 3, 18 and 25, including "clothing, footwear, headgear".

WE Brand argued that there was a likelihood of confusion within the meaning of Article 8(1)(b) EU Trade Mark Regulation ("EUTMR"). The European Union Intellectual Property Office ("EUIPO") upheld the opposition for most of the contested goods.

The Second Board of Appeal of EUIPO ("BoA") dismissed the applicant's appeal. It found that the signs at issue exhibited significant visual and phonetic similarities. Consequently, there was a likelihood of confusion in respect of all the goods that had been found to be identical, similar or similar to a low degree.

The GC upheld the action filed by El Corte Inglés and annulled the decision of the BoA.

In the Court's view, the BoA was correct to compare the signs, for reasons of procedural economy, only from the standpoint of the Italian- and Spanish-speaking public. According to established case law, for an EU trade mark to be refused registration, it is sufficient that a relative ground for refusal for the purposes of Article 8(1)(b) EUTMR exists in part of the European Union (see, for instance, Case T-390/15, para. 38).

However, the GC held that the BoA erred in finding that the signs exhibited significant visual and phonetic similarities. While both signs consisted of the letters "w" and "e", the mere presence of those two letters could not be sufficient to conclude that there was an average degree of visual similarity. The GC observed that there were differences between the signs inasmuch as, first, the letters were not arranged in the same order and, second, "the interconnection in the upper part of the letters ‘e’ and ‘w’ which, though barely visible, nevertheless strengthens the impression that the mark applied for forms a single syllable and an indivisible whole."

As regards the phonetic comparison, the Court pointed out that the relevant public would pronounce the earlier mark as ‘ve’ or ‘güe’, or even, regarding the part of that public which had a knowledge of English, as ‘wi’. The mark applied for, by comparison, would be pronounced as ‘ev’. Moreover, the fact that the mark applied for started with a vowel whereas the earlier mark with a consonant created a difference in the pronunciation of the signs at issue.

As a result, said the Court, the overall impression made on the relevant public by the signs did not give rise to a likelihood of confusion, even though the goods were identical or similar

The Court's decision is well-reasoned. It seems plausible that consumers can distinguish between the signs "WE" and "EW", in particular due to their phonetic differences and because one of the signs has a specific meaning that is missing in the other. One could argue, moreover, that the scope of protection granted to two-letter marks should, in principle, not cover later marks constituting an anagram of these letters, except under special circumstance (e.g., high distinctive character of the earlier mark).

This outcome is in line with established EU case law, according to which consumers, when faced with very short signs, will be able to perceive the differences between them more clearly (see, for instance, T‑272/13, para. 47). The EUIPO considers signs consisting of three or fewer letters/numbers as such "very short signs" (EUIPO Guidelines, Part C, Section 2, Chapter 4, p. 75).

Nonetheless, the EUIPO has occasionally confirmed a likelihood of confusion between two-letter marks containing an inversion of letters (see, for instance, Case R895/2013-1 "DM" v "MD" and Case B1001652 "BP" v "PB", both partially upholding the opposition). As regards three-letter marks, oppositions in such cases appear to be successful more often than not (see, for instance, Case R3074/2014-2 "MTG" v "MGT" and Case R2508/2014-5 "HDP" v "DHP"). In view of the General Court's reasoning in the present case, it will be interesting to see whether a change in the EUIPO's approach will take place.

Sharing on Social Media? Use the link below...
Perm-A-Link: https://www.marques.org/blogs/class46?XID=BHA4636