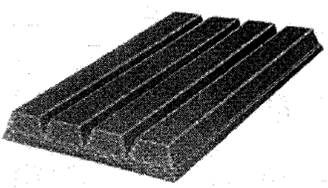 As readers may recall, in December 2016 the General Court (Case T-112/13) found that Nestlé had not shown that the trade mark had acquired distinctive character through use in the EU. While the company had shown use in Denmark, Germany, Spain, France, Italy, the Netherlands, Austria, Finland, Sweden and the UK, it had not done so for Belgium, Ireland, Greece and Portugal.

Nestlé and EUIPO challenged this at the CJEU, arguing that applicants should not have to prove acquired distinctiveness in all EU Member States and that the General Court’s interpretation was incompatible with the unitary character of the EUTM. MARQUES supported this position before the Court.

Acquired distinctiveness can be extrapolated

In his Opinion, AG Wathelet proposed that the Court should dismiss the appeal and uphold the decision of the General Court. However his approach was somewhat less strict than that of the General Court, as he said that acquired distinctiveness in some member states can be “extrapolated” on the basis of the evidence provided for other national or regional markets. He gave the example of a jigsaw puzzle:

Some of the useful points from the Opinion include:

The Court’s judgment in the case is likely to be published within the next year.

Thanks to MARQUES members Roland Mallinson of Taylor Wessing and Martin Viefhues of Jonas Rechtsanwaltsgesellschaft mbH, who represented MARQUES before the CJEU, for the above information

Sharing on Social Media? Use the link below...
Perm-A-Link: https://www.marques.org/blogs/class46?XID=BHA4629