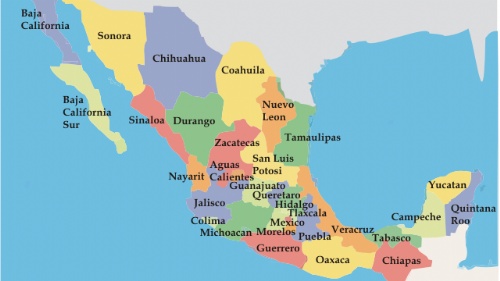 In a guest post, Jonathan Rangel and Laura Collada provide an update on the opposition system in Mexico, and offer tips for owners of International Registrations:

Almost two years after its creation, the trade mark opposition procedure in Mexico has not had the expected success, and the procedure itself holds significant risk of unpleasant surprises for the brand owners.

The new procedure has been criticized by the private and academic sectors. The most important criticism was that the system is more similar to a third-party observation rather than a proper opposition procedure because the MPTO is not obliged to consider any opposition filed. In our opinion, another reason for the low number of oppositions filed is the lack of trust in the procedure since the opposition is not notified directly to the applicant. We believe that this is a significant flaw in the efficiency and effectiveness of the system.

The fact is that the notification means chosen by the legislator in opposition matters is publication in the Industrial Property Gazette. For applicants filing national applications in Mexico, this system is working and it allows them to meet the significantly short deadline for filing opposition – one month. However, for owners of International Registrations (IR) in which Mexico is a designated country, the outcome and experience are quite different.

In the Madrid Protocol, the MPTO, as the receiving office, has a maximum of 18 months, of which it usually takes an average of 12 months, to carry out the examination of the designation. If required, the MPTO will issue a Provisional Refusal to be notified to the applicant via WIPO.

As mentioned, while the opposition is filed and published a second time within a period of approximately three months, counted from the date in which the IR is received by the MPTO, the designation will be examined in not less than 12 months. Normally an applicant will not appoint a local representative for each designation. The consequence in Mexico is that by the time the applicant receives the refusal via WIPO and appoints a legal representative who then reports the existence of an opposition filed by a third party, the time to respond to the opposition will have long since expired.

There have been many unfortunate surprises for IR owners. It is unpleasant for them to learn about the existence of a prior opposition when the legal representative in Mexico advises them how to overcome the refusal, and especially when the opposition cannot be contested anymore.

This important downside to the system did not seem important to the legislators. Despite the opportunities that they recently had to amend the law and offer a new alternative to IR owners, they decided instead to expand the catalogue of acts/applications that shall be notified by means of the IP Gazette. This means that they not only maintained the current notification system but promoted and encouraged it in a greater way.

Faced with such a situation, in our opinion, it is essential to appoint a local representative on each trade mark designated for Mexico and request the representative to watch the IP Gazette for any publication of the IR in question. In this way the applicant can make sure they are informed of any opposition against the application in question and also file a timely response. But you need to know about it first, and also you need to be quick in view of the one-month deadline. Perhaps most importantly, brand owners will want to know if it will be an issue in relation to an upcoming launch of a new product. The situation is far from ideal for the brand owners who will not want to be caught by surprise, and finding qualified local representation is essential in a situation where the new IP law is making matters worse.

Jonathan Rangel and Laura Collada are lawyers with Dumont Bergman Bider in Mexico City. Laura is also a MARQUES Council member and a member of the International Trade Mark Law & Practice Team