In yesterday's decision, the German Federal Court of Justice (Bundesgerichtshof) annulled two rulings of the German Federal Patent Court (BPatG) that held both three-dimensional signs depicted below not to be eligible for protection as trade marks. 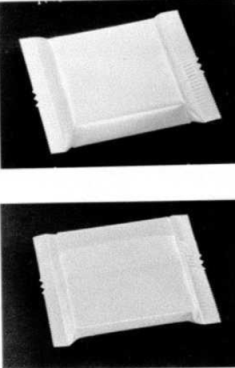 The packaging shapes (which differ in minor details upon closer inspection) had initially been accepted as 3D marks for chocolate in Class 30 by the German Patent and Trade Mark Office. Subsequently, the Office rejected two applications for declaration of invalidity directed against the registrations.

But the BPatG upheld the appeals filed by the invalidity applicant against the decisions of the Office. The BPatG argued that the squared shape of the packaging could not be protected as a trade mark because it fell foul of the requirements set out in Section 3(2) no. 1 of the German Trade Mark Act. That provision gives effect to Article 3(1)(e)(i) of the Trade Mark Directive 2008/95/EC which states that signs are liable to be declared invalid if they consist exclusively of the shape which results from the nature of the goods themselves.

The BPatG found that Section 3(2) no. 1 of the German Trade Mark Act had to be applied to the marks at issue even though they did not consist of the shape of the product itself but of the product's packaging. According to the BPatG, for the above-mentioned provision to be applicable it was sufficient that the shape of the actual product underneath the packaging at issue was clearly recognisable.

Referring to the principles established by the Court of Justice of the European Union (CJEU) in Tripp Trapp (Case C‑205/13), the BPatG held that the shape of the marks in question resulted from the nature of the goods themselves, because the shape contained an essential characteristic which consumers might be looking for in the products of competitors. More specifically, the BPatG found that the square shape of the chocolate offered advantages to consumers, for instance, if they tried to keep the chocolate in the pocket of a jacket. 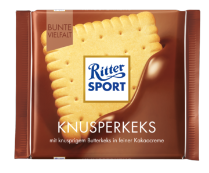 The press release of the Bundesgerichtshof can be found here (in German).

Sharing on Social Media? Use the link below...
Perm-A-Link: https://www.marques.org/blogs/class46?XID=BHA4556