The case concerns third party invalidity proceedings against the 3D trade mark which had been brought at the German DPMA (Patent and trademark office) on the grounds that the mark had been registered contrary to Article 3 (2) No 2 and Article 1 German Trademark Act.  Article 3 (2) No. 2 states as follows: "signs consisting exclusively of a shape which is necessary to obtain a technical result ?shall not be amenable to protection as a trade mark".

The invalidity applicant, inter alia, argued that all characteristics, which determined the overall impression of the trade mark were necessary to obtain a technical effect or were determined by the nature of the goods itself: the trade mark was the most practical shape for a upright pouch produced from flexible, metallic coated foil.  Some of the characteristics of the mark had previously been protected by patents, which had since lapsed.

The DPMA agreed and found the mark to be invalid due to a lack of individualising non-technical features.

On appeal the Federal Patent Court held that the shape of the mark had been technically determined and thus fell foul of Article 3 (2) No 2 and Article 1 German Trademark Act.

Referring to the CJEU decision in Henkel (C-218/01) the court explained that the exclusion of technically determined shapes from trade mark protection does not only apply to goods as such, but also the shape of packaging where the goods do not have a shape themselves (here due to their fluid consistency) and require packaging to be sold.

The Federal Patent Court reiterated that the rationale underpinning the exclusion of technical shapes from registered trade mark protection was to prevent businesses from using trade mark law to obtain exclusive and unlimited rights for technical solutions which should either be protected by patent or design rights and thus be limited or be free from protection (citing Lego, C-48/09, and Philips/Remington, C-299/99). A shape may be technically determined, even if a similar technical effect can be reached by applying alternative shapes. However, a shape should not be excluded from trade mark protection if it contained an important non-functional element, such as decorative element, which is relevant for the shape (citing Yoshida, C-421/15). The expression 'essential characteristics' should be understood as referring to the most relevant characteristics of the trade mark. The characteristics should be determined on a case by case basis. In the case at hand the essential characteristics of the 3D mark could be established by means of a visual examination of the trade mark based on the perception of the relevant public (here: the average consumer and the retail drinks trade) to which the court considered it belonged itself. 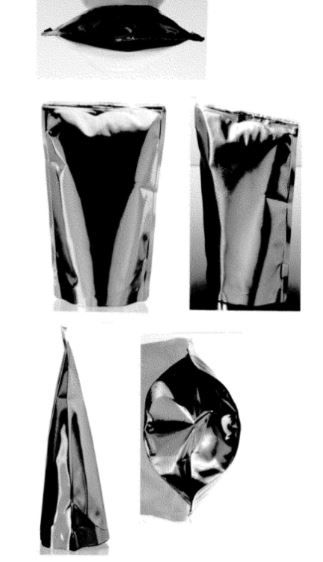 The court identified six essential characteristics of the packaging shape, which in view of the court all had a technical effect:

1. an upright standing pouch (= makes it possible to place the pouch on sale shelves),

2. with flat edges on the sides and at the top side (= allows for secure closing),

4. with a round "lump", downward slightly tapering (=effect of the filling liquid into the pouch),

5. with tapering edges when seen from the side (=inevitable effect once pouch has been filled),

The straight sides of the shape however were not an essential characteristic of the mark since they did not depart from the packaging shapes that had been established for decades, e.g. to save space in storage, transport and presentation. Use of such straight lines also allowed to save material and made the production process inexpensive. Referring to the CJEU's decision in KitKat the Federal Patent Court stressed that even if the method of production were not determinative in the context of assessing the technical effect, straight lines were the most obvious shape for the side of a drinking pouch and a common and long established shape for the packaging of drinks which did not depart from the norm. Further, the DPMA had erred in determining that the 'quadrangular shape' was an essential characteristic of the trade mark as it was one of the most simple and widespread geometric shapes for drinking packaging.

No binding effect of decison by Commercial Court of Brussels

Finally, the Federal Patent Court referred to a the decision by the Commercial Court of Brussels of 23 December 2015. In this decision (concerning infringement proceedings and a counterclaim for revocation of the Benelux part of the identical IR trade mark) where the Brussels Court had decided that the straight sides amounted to important, non functional characteristics since there were many pouches on the market without straight sides. The Federal Patent Court disagreed stating that this finding did not comply with the relevant precedents by the CJEU and the German Federal Court of Justice according to which it was not important whether or not an identical technical effect could be achieved by applying alternative shapes.

The decision is another reminder of the complexities of determining the "technical effect" of a trade mark.

Sharing on Social Media? Use the link below...
Perm-A-Link: https://www.marques.org/blogs/class46?XID=BHA4545