The General Court has decided that an RCD for a container for sweets was invalid under Article 25(1)(e) Community Design Regulation due to a likelihood of confusion with an earlier 3D IR trade mark covering, inter alia, sweets; this was despite the weak distinctiveness of the IR trade mark. 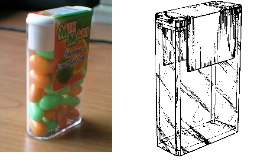 The court held as follows:

Noteworthy are paragraphs 60 and 61 of the decision which also include helpful earlier case law quotes concerning the assessment of a likelihood of confusion between an RCD and a trade mark:

60 A global assessment of the likelihood of confusion implies some interdependence between the factors taken into account and, in particular, between the similarity of the signs and that of the goods or services covered. Accordingly, a low degree of similarity between those goods or services may be offset by a high degree of similarity between the signs, and vice versa (see, by analogy, judgments of 29 September 1998, Canon, C 39/97, EU:C:1998:442, paragraph 17, and of 14 December 2006, Mast-Jägermeister v OHIM — Licorera Zacapaneca (VENADO with frame and others), T 81/03, T 82/03 and T 103/03, EU:T:2006:397, paragraph 74).

61 … likelihood of confusion must be assessed globally, an assessment which depends on several factors relevant to the circumstances of the case, and not only the shape of the packaging. Furthermore, contrary to the applicant’s claim, the perception of the signs by the average consumer of the goods or services in question plays a decisive role in the global assessment of that likelihood of confusion (judgments of 11 November 1997, SABEL, C 251/95, EU:C:1997:528, paragraph 23, and of 22 June 1999, Lloyd Schuhfabrik Meyer, C 342/97, EU:C:1999:323, paragraph 25).

Sharing on Social Media? Use the link below...
Perm-A-Link: https://www.marques.org/blogs/class46?XID=BHA4544