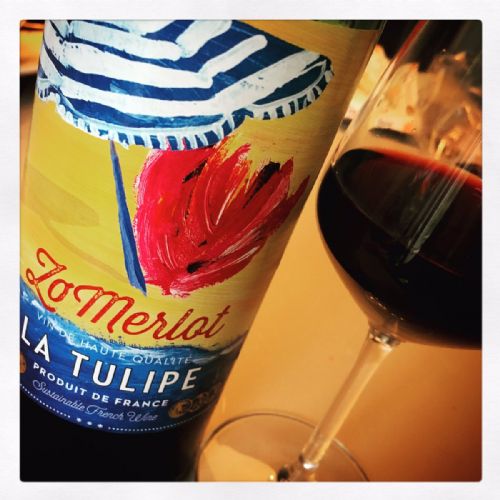 Mr. Raymond thank you for accepting our Class46 invitation to have an interview with us on a recent trade mark infringement matter in the Netherlands. Since the case concerns trade marks / signs used for wine, more especially merlot, we thought it a good idea to have your opinion, because we all know that you are a respected wine connaisseur. Since we saw you appearing in Sideways next to your friend Jack, we thought you were the right man for the job, although we know that you are a ‘pinot’ man, a grape which flavor you described in a restaurant to a certain Maya as ‘the haunting and briljant and subtle and thrilling and ancient on the planet.’. Merlot, however mr. Raymond, is not exactly your cup of tea, we know it’s a bit of an understatement. When you walk with Jack towards Los Olivos Cafe, you are very clear about that, you are even dead serious about it: ‘If anyone orders Merlot, I’m leaving. I am not drinking any fucking Merlot!’

That being said mr. Raymond, let us give you a bit of background regarding the case. Group LFE is a company in the Netherlands, located in Maartensdijk, which imports and sale of wines to groceries and retailers. Furthermore LFE develops as they say - you must be shivering mr. Raymond - innovative wine concepts.

On 30 November 2016 LFE has registered ‘Sum-merlot’ in class 33 for wines at the Benelux Office for Intellectual Property (BOIP). Because LFE wanted to introduce wines under the trade mark in the Netherlands in 2017 LFE, a design studio was instructed to create labels and several marketing communications. However until now such wines are not introduced on the Dutch market yet.

Chateau de la Garde is also a Dutch company, formally located in Hilversum, the Dutch broadcasting village. But the Chateau does not only exist as a registration in the Chamber of Commerce, in the past it was also a real castle, located in Saint-Romain-la-Virvée (France), near Bordeaux and Saint-Emillion (we can see that you are all ears now mr. Raymond). In 1994 the castle was sold to mr. Ilja Gort, who renamed the castle in 2010. It’s now called ‘Chateau la Tulipe de la Garde’, ‘la Tulipe’ being a  trade mark for a range of wines (registered in the Benelux since 1999), produced by mr. Gort. We allow us one sidestep here mr. Raymond: mr. Gort is a very creative man, he is a musician, composer, amongst others of tunes for commercials (‘Duo Penotti, een pasta uit een potti’), writer and in the meantime a famous and remarkable television personality. One of his first shows was called ‘Wijn aan Gort’, which is not easy to translate in English, but we give it a try: ‘Gort’ forms part of the Dutch saying ‘iets aan gort slaan’, which could be translated as ‘beat something to pieces’. If wine is the something, ‘Wijn aan Gort’ (‘wine beat to pieces’) is the result, which clarifies all. Furthermore mr. Gort uses the trade mark ‘Slurp!’ for on of his wine ranges, slurp being the process of drinking a liquid noisily as a result of sucking air into the mouth at the same time as the liquid. Well chosen for a wine, don’t you think, mr. Raymond? We’ll be honest with you that we see a bit of a smile on your face. Please do not suppress your emotions mr. Raymond.

Well, to continue, in June 2017, Chateau de la Garde, started to sell red wine (a merlot) via Albert Heijn (the largest Dutch supermarket chain). The labels bear not only the La Tulipe trade mark, but also the sign ‘ZoMerlot’ above it. Of course you can have a closer look at the bottle and the label mr. Raymond, we might even open it up a little later. You ask us what ‘ZoMerlot’ stands for? Well ‘Zomer’ is Dutch for ‘summer’, and merlot, well, that is merlot. ‘Zo’ as such is best translated as ‘right now’ (for example in the phrase ‘Zo. Nu eerst een Bavaria’, but that’s a different story or as ‘such a’ (to indicate that this is the real stuff).

Chateau de la Garde had tried to register ‘ZoMerlot’ as such as a trade mark, but failed. The BOIP had refused registration. In its decision of 27 July 2017 the BOIP ruled that the sign ZOMERLOT (banal designation: Zo Merlot) is descriptive. It may after all serve to designate the kind, quality or other characteristics of the goods in class 33. Furthermore the sign is devoid of any distinctive character. The contraction in one word does not undo the lack of distinctive character of the sign.

With a decision of 30 August 2017 the Presiding Judge of the District Court Utrecht (R.A. Steenbergen) rejected LFE’s claims.

After having set forth the legal framework of the case (a risk of confusion based trade mark infringement - article 2.20 par. 1 sub b of the Benelux Intellectual Property Treaty), the Presiding Judge first of all takes a closer look at the trade mark ‘Sum-merlot’. Factually this trade mark is not used yet. But it enjoys trade mark protection, because it is distinctive (which is not denied by Chateau de la Garde), it is registered and the registration is not invalidated. Even if a trade mark is not used yet, a risk of confusion can be established. However the Presiding Judge recognizes the argument of Chateau de la Garde that the scope of protection to be granted to the trade mark Sum-merlot, is rather small, because the trade mark is to a great extent (although not fully) descriptive, denoting a merlot wine which one drinks in summer time (it needs to be said mr. Raymond, we see you shaking your head). The trade mark derives its protection from the fact that by the use of a contraction between the words summer and merlot and the dash, a pun comes into existence, which gives the trade mark some distinctive character.

The sign ‘ZoMerlot’ is considered to be a distinctive sign and not a descriptive one, but is for the same reasons as set forth with regard to ‘Sum-merlot’ to a considerable extent descriptive, because of the used notation, because it is a contraction of words and because the sign consists of a pun, to which pun attention is drawn by the way in which the capitals and small letters are used in the sign. Furthermore the sign is used for bottles of La Tulipe wine of Chateau de la Garde with this specific content, a summer edition red merlot wine (yes mr. Raymond), to distinguish them from other La Tulipe wines and wine bottles of other trade marks.

An indirect risk of confusion is not plausible either. Due to the combined use of ZoMerlot with the trade mark La Tulipe it will be sufficiently clear for the average consumer that ZoMerlot is a wine from the range La Tulipe wines. LFE did not bring forward enough facts or circumstances from which can be derived that the relevant might believe that ZoMerlot is originating from LFE or that Chateau de la Garde is a business which is connected with LFE. The Presiding Judge makes it clear that there is not a market survey available to support such risk of confusion (though such market surveys are not obligatory mr. Raymond).

So ZoMerlot survives and receives a cost award of almost 15k, mr. Raymond.

Any comments mr. Raymond. Mr. Raymond? No, not a Xanax, please. It's not that bad. Or is it?

Sharing on Social Media? Use the link below...
Perm-A-Link: https://www.marques.org/blogs/class46?XID=BHA4517