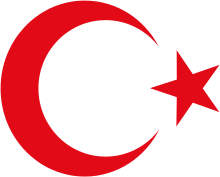 The IP Code replaces the Decree-laws pertaining to the protection of trade marks, patents, geographical indications and designs, all of which date back to 1995, by bringing all those rights together within the ambit of a single Code.

Among other reforms, the trademark chapter includes changes which achieve greater compliance with the relevant European Union directives. The major changes relate to the trade marks are as follows:

​The new IP Code entered into force on January 10, 2017 except some of the provisions of which the enforcement has been delayed, for the trade mark applications which were filed before the enforcement date of the new IP Code, the earlier legislation, the Decree-Laws pertaining to the protection of Trade Marks, will still apply until their registration process will be completed.

Sharing on Social Media? Use the link below...
Perm-A-Link: https://www.marques.org/blogs/class46?XID=BHA4470