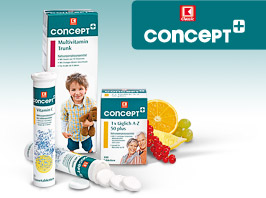 Kaufland Warenhandel GmbH & Co. KG sought to extend the protection of its international mark CONCEPT+ to Switzerland. The mark sought protection for a number of goods in classes 3, 5, 10, 16, 29, 30, 32. It's mainly used for over-the-counter medicine.

Just pronounce CONCEPT+ in your head. Did you read CONCEPT PLUS? So did the applicant. But the Swiss IPO and on appeal the Federal Administrative Court disagreed. When used in red, the + is a red cross, and as such protected under the Red Cross Act. When used in white on a red background, the cross is confusingly similar to the Swiss flag, which may not be registered as a trade mark according to the National Emblem Act ("Wappenschutzgesetz"). The applicant argued in vain that the thickness of the bars of the "plus sign" was not the same as the thickness of the bars of the Swiss cross. It also pointed in vain to older registrations that contained a plus.

Note that under the revised Wappenschutzgesetz coming into force 1 January 2017, it will be permissible to register marks containing the Swiss cross (but not the Swiss emblem), if the designated goods originate from Switzerland. In the case at hand, the Federal Administrative Court held that the use of the mark would be deceptive, as the goods did not necessarily originate from Switzerland.

The take away for trade mark owners is that under this new practice, the Swiss IPO will in principle not register any word marks containing a plus sign unless you disclaim use in red and use in white on a red background. If you do not disclaim use in white on a red background, you must limit the list of goods to goods originating from Switzerland. Or you positively claim a colour other than red, for example green, which is fine, too.

The only other exception is if in the context of the sign, the "+" is clearly only understood as a plus sign. You could register, e.g., the sign "2+2=4", as in the context, the + is clearly not seen as a cross, but as a mathematical operator. In view of the CONCEPT+ decision, expect this exception to be handled rather narrowly.

On a total side note, a long time ago I used to work for the International Committee of the Red Cross (ICRC). The ICRC is strictly religiously neutral. As you can imagine, driving around in a car with a cross on the side is not unproblematic in certain countries. The ICRC's position is that the Red Cross is not a Christian cross, it is rather a plus sign. I guess the Swiss IPO and the Federal Administrative Court would agree. 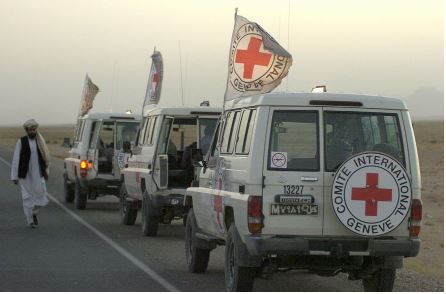 Sharing on Social Media? Use the link below...
Perm-A-Link: https://www.marques.org/blogs/class46?XID=BHA4453

Reader Comments: 1
Post a Comment
Submitted By: Luca Geoni
18 November 2016 @ 08.35
Very interesting. "Each one has his cross", I would say. And what about the green cross, that in many countries is used by pharmacies?