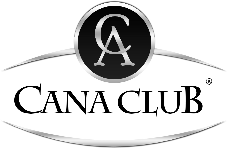 Havana Club Holding opposed the registration of the younger Cana Club (fig., see above) mark based on its registration HAVANA CLUB, claiming protection - like the younger mark - for alcoholic beverages. Both the Swiss IPO and the Federal Administrative Court on appeal found that the mark HAVANA CLUB was intially very weak so that there was no legally relevant likelihood of confusion with the younger mark. 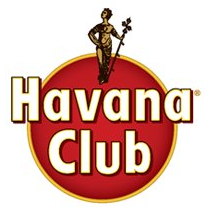 Havana Club then argued that its mark had acquired a reputation ("gesteigerte Bekanntheit" - not the same as acquired distinctiveness, because the mark was inherently distinctive, but weak), and submitted survey evidence in support.

The Federal Administrative Court's decision is interesting  because of the critique of the survey evidence, which stemmed from an online "brand tracker" survey of 2,012 persons, but excluded persons above the age of 55. This alone disqualified the survey in the opinion of the court, because persons above the age of 55 are part of the relevant consumers (judges may have been butt-hurt that they are considered irrelevant...).

The survey further limited the surveyed persons to those consuming rum (711 of the 2,012), which is another no-no, because the relevant goods are alcoholic beverages. Among those, 11% mentioned HAVANA CLUB when asked "when you think of trade marks for rum, which mark first comes to mind?" and another 17% mentioned HAVANA CLUB when asked "which other marks for rum do you know?". The problem with these questions was, as the court pointed out, that they presumed that the sign was a mark. This was not suitable to demonstrate the distinctiveness of the sign.

The survey report further indicated that 47% of the rum drinkers said they recognized the HAVANA CLUB mark when shown the logo, but it remained unclear which logo exactly was shown, which made the evidence useless.

The decision shows that it is difficult to use "brand tracker" surveys and similar instruments not specifically designed to prove acquired distinctiveness in a court of law, although I do believe the Federal Administrative Court erred in strictly applying the criteria for proof of acquired distinctiveness - that was not the issue, the mark was distinctive. The question was whether it had become so well-known that it became a strong(er) mark.

Sharing on Social Media? Use the link below...
Perm-A-Link: https://www.marques.org/blogs/class46?XID=BHA4437