Cristina Duch chaired a very practical session for all practitioners litigating EU trade marks before the EUIPO, GC and CJEU on both offensive and defensive actions. 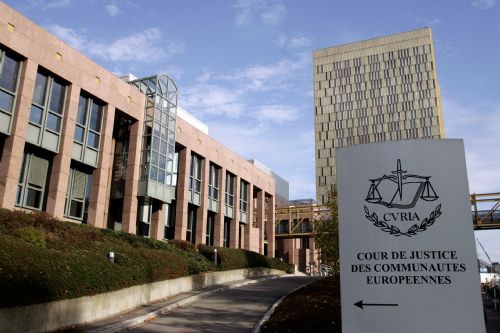 Arnaud Folliard (Litigation team, EUIPO) gave practical tips to litigants before the GC from the Office's point of view. First, he noted that about 80% of judgments are confirmed (up to 90% for judgments inter partes) and warned about 7 common errors for litigating before the CJEU:

-an appeal before the GC is not an opportunity to improve a case ( no new facts, arguments or evidence)

-don’t underestimate the intervener who may submit a cross claim

- lodging an appeal may not able you to gain time (although the good news is that there will be 12 more  judges in September 2016) and don’t forger to consider alternative actions (new EUTM, file a revocation action)

- taking the CJ as just another round of review (difficulty to prove a distortion of facts, difficulty to win all of the individual grounds basis of the operative part of the GC judgment)

-proceedings are not for free (fixation of costs by the Court which will order 1/3 of the costs exposed by the client if not one tenth !)

He concluded his session with some practice tips on filing evidence before the Office: remember to always file primary evidence such as surveys, affidavits and professional association declarations in the first round of arguments which may be completed with secondary evidence. Moreover, national decisions may taken into consideration by the EUIPO as long as the corresponding evidence is filed along with it in order to allow the Office to check that the facts of the case are similar.

Timme Geerlof (Ploum Lodder Princen) concentrated on the content of the new Rules of Proceeding (RoP) before the GC and gave a practical summary for GC litigants, among others, he spoke about the  definition of the scope of proceedings, requirements for legal representative who must be admitted attorney at law (and not just TM attorneys), time limits to file briefs and that the application may now be filed in any EU language unless it's objected by the other party (in that case it will be the language of the decision before the BoA), the importance of easy e-submissions.

Rolland Mallinson jumped in at the last minute and put his judge cap on  to replace Justice Fidelma Macken (former CJEU judge and Irish Supreme Court Judge). He explained that the GC will have 47 judges as of  September 2016 which is an alternative solution to  a specialist IP court. Unfortunately, he pointed out this doesn’t replace the lack of TM expertise and knowledge by judges (despite being 44% of cases before the GC) and suggested necessary TM experience for the Referendaires or legal assistants of the CJEU. He further gave practical tips for oral hearings: please bear in mind to bring notes to keep within the 15 /10 minutes time limit, speak slowly for the translators, expect to have an actual exchange with the Judge Rapporteur who will ask questions. Moreover, keep in mind the language constraints, that judges have heavy workloads with lots to read and are not particularly keen on (often unnecessary) oral hearings.

Sharing on Social Media? Use the link below...
Perm-A-Link: https://www.marques.org/blogs/class46?XID=BHA4428