Each year, the German Federal Supreme Court (BGH) seems to be addressing a new colour. In the preceding years, your blogger already reported on Langenscheidt's yellow colour mark, and on Nivea blue. In 2016, red is the colour in the judges' palette. On 21 July, the BGH gave its verdict in a line of decisions, including an ECJ referral, on the validity of an abstract red colour mark of the umbrella organization of German savings banks ("Sparkassen"). The Sparkassen use the red colour in various forms for their business, e.g. on signs outside their branches, for their red savings books and in marketing material. 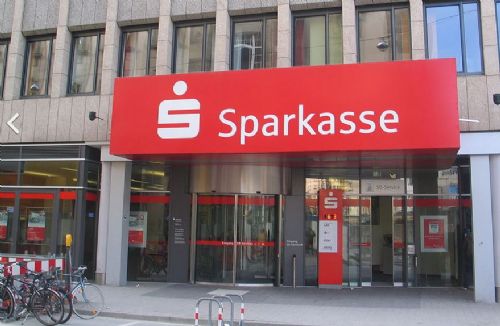 The trademark had been filed in Germany as early as in 2002, but was at first rejected. In the ensuing appeal proceedings, the Sparkassen restricted the specification to certain financial services in class 36 and submitted survey evidence on the acquired distinctiveness of the red colour for these services. The mark was then registered in 2007. The PTO found that the survey showed 67,9 % public awareness of the red colour being associated with the Sparkassen.

In 2008 and 2009, several other banks applied for cancellation of the mark for lack of inherent and acquired distinctiveness. Upon appeal, the German Federal Patent Court (BPatG) thought that at least 70 % recognition among the relevant public were necessary for acquired distinctiveness, given that the mark was an abstract colour mark and given that the Sparkassen's marketing evidence was not conclusive on the question whether the colour per se had been used as a trademark and had become recognized as such by the public. Before taking its decision, the BPatG referred several questions to the ECJ. On 19 June 2014, the ECJ (C-217/13 and C-218/13) held that:

Sharing on Social Media? Use the link below...
Perm-A-Link: https://www.marques.org/blogs/class46?XID=BHA4405