In Case T-20/15(Henkell & Co Sektkellerei v EUIPO (PICCOLOMINI), the  General Court of the EU rendered a Judgment regarding the sign PICCOLO, which highlighted that the importance of proof of use in EUIPO cases is not so "small". The following summary was kindly prepared by Andy Cornforth, Trainee Solicitor at MARQUES member Baker & McKenzie.

The GC held that the BoA was correct to find that evidence submitted pursuant to Art 42(2) of the Regulation did not show genuine use of an earlier mark as a trade mark.  The case concerned the registration of the mark PICCOLOMINI by Ciacci Piccolomini di Bianchini Societa Agricola ("Ciacci") which was opposed by Henkell & Co ("Henkell") on the basis of a likelihood of confusion with its earlier mark PICCOLO.

Henkell, at Ciacci's request, had provided evidence of genuine use of the PICCOLO mark, and on the basis of this its opposition was upheld. However, Ciacci appealed, and this appeal was upheld by the BoA. The BoA's reasoning was that: 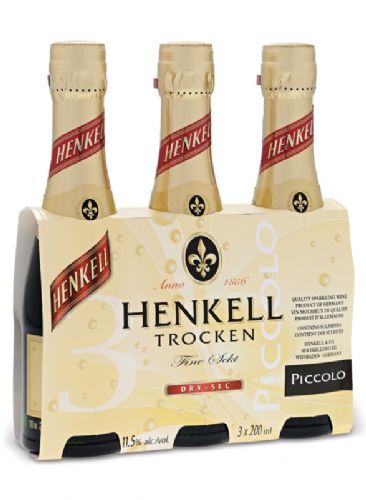 The GC examined the evidence Henkell had submitted, and agreed with the BoA. Henkell had relied upon (amongst other things) a statutory declaration by its marketing director that the PICCOLO mark had been used in 20 Member States. The GC said that such a declaration could not be given the evidential weight accorded to a statement made by a third party, and that its particulars required confirmation by other evidence. The other evidence here did not provide such confirmation.

Henkell had argued that the BoA's examination of the distinctive character of the earlier mark in the context of assessing proof of genuine use was ultra vires, and that it was wrong in finding that the mark was devoid of distinctive character. The GC disagreed, saying that the BoA’s examination complied with all applicable rules and case-law. It had not ruled on whether there were absolute grounds for refusal, but confined itself to a genuine use assessment. Furthermore, it had not examined the distinctive character of the earlier mark per se, but the perception of the sign in the context of its actual conditions of use as a trade mark within 42(2)

It seems relatively clear here that the use of PICCOLO could very easily be considered to be descriptive, and that its validity as a mark might at best be regarded as borderline. Though the evidence Henkell submitted as proof of genuine use may have demonstrated that the term had genuinely been in use, given its size and position in relation to "Henkell" and its comparable status in relation to other clearly descriptive terms, it did not show that the term had genuinely been in use as a trade mark.

Sharing on Social Media? Use the link below...
Perm-A-Link: https://www.marques.org/blogs/class46?XID=BHA4397