For all the Euro football fans, the General Court played its part on the field today with a case related to one of the great football clubs of the EU.  The Court dismissed the appeal in Case T‑614/14 regarding the sign KULE and whether it could be blocked by the earlier marks for the word CULE.

The opposition was between the following parties

The Opposition Division and Board of Appeal rejected the opposition based on the lack of genuine use of the earlier trade marks for the purposes of Article 42(2) and (3) of Regulation No 207/2009.

As a reminder, proof of use must consist of indications concerning the place, time, extent and nature of use of the earlier trade marks for 5 years preceding the date of application of the contested mark, in this case 23 August 2011.

The opponent produced the following documents

–        an extract from the Spanish dictionary of the Real Academia Española which defines the term ‘culé’;

–        five print-outs from websites dedicated to sports news in Spain making reference to Fútbol Club Barcelona and its supporters or players, nicknamed ‘culés’;

–        a print-out from a website making reference to Fútbol Club Barcelona and the ‘lotería culé’;

–        a print-out from Wikipedia containing information on Fútbol Club Barcelona and stating that its supporters are nicknamed ‘culé[s]’;

–        two other print-outs from websites dedicated to sports news in Spain and making reference to Fútbol Club Barcelona and its supporters or players, nicknamed ‘culés’;

The opponent argued that the evidence produced shows that its earlier trade marks are widely used to identify Fútbol Club Barcelona and that they are used on the market by certain licence-holders in order to distinguish clothes and accessories. However, no evidence regarding the alleged licences were produced.

However, the General Court upheld the reasoning of the EUIPO. 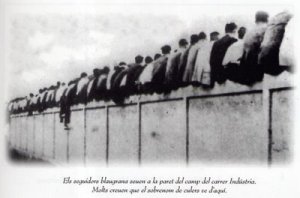 Regarding the earlier well-known trade mark,  the documents submitted by the opponent within the relevant period merely show that the Spanish word ‘culé’ is used in relation to the Spanish football club FC Barcelona, particularly as the nickname used for its supporters.  Such use does not constitute genuine use of the mark ‘CULE’ in Spain, and a fortiori, does not prove that this mark is well-known in that country.

What does CULE mean ? see here

Keeping up with football in 2016 here

Sharing on Social Media? Use the link below...
Perm-A-Link: https://www.marques.org/blogs/class46?XID=BHA4383