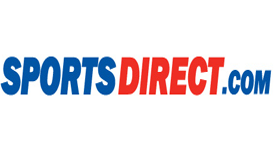 In a decision of 24 March 2016, the Federal Administrative Court confirmed the weird Swiss practice regarding "retail services" in Nice class 35.

Sportsdirect.com Retail Ltd, UK, opposed the registration of two younger figurative marks "sportdirect.com" by A1sportsbrands Sarl, Luxembourg. The older mark was registered for "retail trade with" followed by a very long list of goods (essentially copying most of the Nice classes 1 to 34 into the class 35). A1sportsbrands Sarl claimed that the older mark had not been used in commerce within the last five years. In this context, the Federal Administrative Court had the opportunity to address what "retail trade" actually is.

According to the Swiss IPO, "retail trade" is the arrangement of goods to facilitate for consumers the viewing and buying of those goods on behalf of third parties, such third parties being manufacturers, importers or wholesalers of goods. In other words, "retail services" are not directed at consumers. Which means that if you sell goods to consumers, you are not actually performing retail trade. The Swiss IPO justifies this practice by arguing that if retail services covered sales to consumers, large retail chains could esssentially prohibit the sale to consumers of any product bearing their marks, giving them unjustified monopoly powers. The Federal Administrative Court concurs, noting that the case at hand, where Sportsdirect.com Retail Ltd. copied most of the goods covered by Nice classes 1-34 into class 35, demonstrated the potential for abuse.

The problem with the Swiss approach is that it is hard to see that anybody is a retail trader in this sense. All the big retailers, such as Aldi, Carrefour, Lidl, Tesco, Sainsbury, or in Switzerland Coop and Migros, select, arrange and display goods for sale to end customers on their own behalf, not on behalf of third parties. Which means that most service marks registered in Switzerland in Nice class 35 for "retail trade with [list of goods]" are not used in commerce and liable for cancellation.

I believe the fears of the Swiss IPO are overblown, because while it is true that large retailers selling goods of almost any kind will be able to prohibit the use of their mark on almost any good under the European approach to retail services, they can do so under the Swiss approach, too. These marks usually are "marks with a reputation" (famous marks in Swiss terminology) and enjoy protection for dissimilar goods. You cannot sell Tesco noodles without Tesco's consent, but that's not a bug, that's a feature of trade mark law.

Posted by: Mark Schweizer @ 08.52
Tags: Switzerland, classification of goods, use in commerce,

Sharing on Social Media? Use the link below...
Perm-A-Link: https://www.marques.org/blogs/class46?XID=BHA4349