Constantin Film Produktion GmbH, brought an application for a declaration of invalidity of the contested mark, 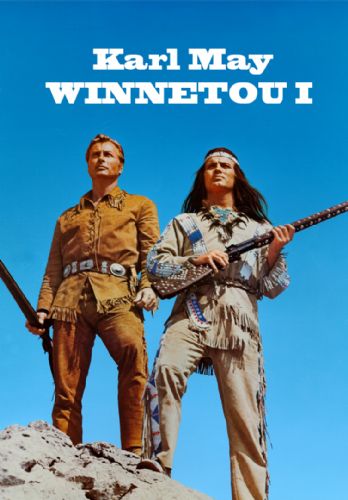 claiming that there were absolute grounds for invalidity on the basis of Article 52(1)(a) of  CTMR read in conjunction with Article 7 of Regulation No 207/2009, for all of the goods for which it was registered.

The Cancellation Division rejected the application for a declaration of invalidity.

The Board of appeal annulled the contested mark except for ‘printers’ type’ and ‘printing blocks’ in Class 16. The reasoning was as follows:

regarding the descriptive character of the sign, Winnetou was the main character in a series of novels by the author Karl May, and the protagonist of films, and radio or theatre plays. Moreover, according to judgments of the German courts, the German consumer understands the term ‘winnetou’ to refer to a fictional, noble and good Native American chieftain and, according to the Bundesgerichtshof, in Germany, it was descriptive of the printed matter, the film production, publishing of books and magazines

Although the Board noted that it was not bound by the decisions of national courts, it stated that, in this case, in so far as a higher national court had ruled that the term ‘winnetou’ was descriptive in Germany, the contested mark had to be also regarded as ineligible for protection for books, radio and television. Thus for ‘films, in particular animated films, video films’, ‘magnetic data carriers, recording discs’ and ‘exposed films, including for cinematographic purposes’ in class 9, and ‘printed matter’, ‘bookbinding material’, the ‘photographs’ in class 16, and the services of ‘events for entertainment, cultural and sporting purposes, rental of films and sound recordings’ ‘film production and film showings’ and ‘photography’, ‘entertainment’, ‘events in leisure parks and holiday parks’, ‘holiday camp services’, ‘providing campground facilities’ and ‘exploitation of industrial property rights’ in Classes 41 and 42, the sign WINNETOU described or directly indicated the content of those goods and services because the consumer simply assumes that those goods or services relate to Winnetou or have a Winnetou theme.. As regards the other goods or services,— with the exception of ‘printers’ type’ and ‘printing blocks’ in Class 16, which had no connection with the character of Winnetou, the books, films or festivals — the other goods could be classified as ‘merchandising’ goods with a direct link to Winnetou and that certain goods or services, such as food or ‘transport’ services, ‘accommodation and catering’, had a direct link with the festivals. Given those elements, the Board of Appeal decided that the contested mark was descriptive for all those goods and services.

Finally, the Board of Appeal considered that the contested mark was devoid of distinctive character within the meaning of Article 7(1)(b) of CTMR for goods and services related to a magnanimous Native American chieftain or the book character, since the consumer will start from the basis that the mark describes the contents or purpose of the goods and services. However, for the ‘printers’ type’ and ‘printing blocks’ in Class 16, consumers will perceive the contested mark as a fanciful designation.

The General Court annulled the BOA's decision based on first plea brought by the applicant, namely that  OHIM had  infringed the principles of autonomy and independence of the CTM  because its decision was based exclusively on the decisions of the German courts, without an independent assessment applying the criteria established for that purpose in EU trade mark law. OHIM had submitted that it took into account the German case-law because it dealt with the same mark, came from a higher national court, related to partly identical goods and services and had been handed down shortly after the contested CTM was filed. Finally, OHIM noted that the Board did not rely on just one judgment, but four German court decisions, thus demonstrating that they amount to settled case-law.

The GC disagreed and found that it was clear (from the paragraph in bold above) that the Board of Appeal treated the decisions of the German court not as possessing an indicative value as evidence in the context of the assessment of the facts of the case, but as binding as to the registrability of the contested mark.

Moreover, the Court also considered it necessary to examine of its own motion the question of whether the BOA explained sufficiently its assessment of the descriptive character of the contested mark.

In the first place, the contested decision contains no assessment or conclusion relating to the perception of the sign WINNETOU, beyond its concrete meaning as an evocation of a fictional character, as generally referring to concepts of ‘Native American’ and ‘Native American Chieftain’. So the contested decision was inadequately reasoned as regards the perception of the sign.

Secondly, the Court found that the BoA had infringed its obligation to state reasons, particularly because it gave a general statement of reasons, particularly for ‘merchandising’ goods since all the goods quoted as falling within this category by the BoA (see para.71)  did not hace a sufficiently direct and specific link exists between them to form a homogeneous class

Sharing on Social Media? Use the link below...
Perm-A-Link: https://www.marques.org/blogs/class46?XID=BHA4344