Though it has been sitting on this blogger's inbox for a while and it is probably no fresh news for most readers of this blog, the CJEU's judgment in Daimler AG v Együd Garage Gépjárműjavító és Értékesítő Kft (C-179/15) merits a note. The judgment addresses a preliminary ruling request from the Fővárosi Törvényszék, aka Municipal Court of (beautiful) Budapest on the reach of trade mark owner's enforcement arm in on-line advertising by third parties.

In terms of factual background, Együd Garage, a Hungarian company engaged in the retail sale of motor vehicles and parts and their repair and servicing, was an authorised Mercedes-Benz dealer the contract of which expired on March 2012, along with its right to use the Mercedes Benz trade mark and describe itself as ‘felhatalmazott Mercedes Benz szerviz’ (‘authorised Mercedes-Benz dealer’) in its own advertisements.

However, in our brave new world where online content is not always easy to control, online advertisements containing such a reference continued to appear online. Moreover, when googling the key words ‘együd’ and ‘garage’, one would be presented with a list of results displaying such advertisements in the first line of which, serving as a link, Együd Garage appeared as an ‘authorised Mercedes-Benz dealer’.

Daimler AG, as the Merceds-Benz trade mark owner, initiated infringement proceedings before the Budapest Municipal Court. In defense, Együd Garage’s argued that apart from the particular advertisement it had ordered and which appeared on the particular web site, it did not place any other advertisements on the internet and that those at issue appeared or still appear contrary to its intention, without it having any influence on their content, publication or removal. It also employed its own expert to prove that it had been the victim of a common commercial practice which consists, essentially, in certain providers of internet advertising services summarising advertisements published on other advertising sites, without the knowledge or consent of the advertiser, in order to create their own database of information available (whether free of charge or for consideration).

So, the following question, as understood by the CJEU, travelled from Budapest to Luxembourg: Must Article 5(1)(a) and (b) of Directive 2008/95 be interpreted as meaning that a third party, who is named in an advertisement published on a website, which contains a sign identical or similar to a trade mark in such a way as to give the impression that there is a commercial relationship between him and the proprietor of the trade mark, makes a use of that sign which may be prevented by that proprietor under that provision, even where that advertisement has not been placed by that third party or on his behalf [the case where third independent parties reproduced Együd Garage's ad on their own] or where that third party took all reasonable steps to have it removed, but did not succeed in doing so [the case where Együd Garage unsuccessfully asked its provider to amend the ad it placed]?

The CJEU gave a negative answer: a third party, named in an online advertisement, including a trade mark (or a sign similar to such trade mark) in a way which  gives the erroneous impression of a commercial relationship between such third party and the TM owner, does not make use of that sign which may be prevented by that proprietor, where that advertisement has not been placed by that third party or on his behalf or where that third party took all reasonable steps to have it removed, but did not succeed in doing so.

In its analysis of the aforementioned two distinct factual situations, namely (a) the situation where Együd Garage placed the ad but then unsuccessfully asked its provider to amend it, and (b) the situation where third independent parties reproduced the ad on their own initiative, the CJEU seems to suggest that in both cases, use of the mark is not attributable to Együd Garage (paras 34 - 36). This is because the CJEU held that "use" of a trade mark "involves active behaviour and direct or indirect control of the act constituting the use" and this does not happen if that act is carried out by an independent operator without the consent of the alleged user, or even against his express will. According to the Court, this conclusion is drawn and affirmed by the wording, scheme and purpose of Article 5(1) said the Court, as all 3 such interpretative tools lead to "use" requiring and presupposing active behaviour and control of the circumstances which make up the "use" of a trade mark.

But then in para. 42 the Court notes that allowing the TM owner "to prohibit the advertiser [Együd Garage] from making the use complained of" [but haven't we just cleared that it does not make such use at all?], on the sole ground that such use could possibly provide a financial benefit to the advertiser, would misconstrue the purpose of Article 5(1) of the Directive and conflict with the principle that no one can be legally obliged to do the impossible (impossibilium nulla obligatio est).

What are then, in practice, the TM owner's options in seeking enforcement of its rights? The CJEU points to the third parties - operators of the web sites displaying the ad, who obviously do make unauthorised use of the TM owner's mark in the course of trade, as it is they who place the ad, even if to the benefit of someone else (too). 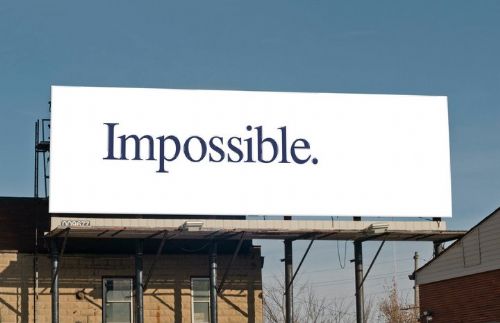 And what about that someone else who is, without due cause, enjoying the benefits of the association with the TM owner? The CJEU says the TM owner may still have a case against him for reimbursement of any such financial advantage, on the basis of national law. This would most probably amount to an "unjust enrichment" claim, no stranger to the civil law tradition of most, if not all, EU's member states.

This seems to be too little a consolation, this blogger thinks: How is the TM owner to quantify such financial benefit and how is he to demonstrate that it is the (direct) result of the advertisement and the advertisement alone, and not e.g. of the advertised entity's own professional skills or market repute? Though he cannot speak for other jursidictions, this blogger must note that in Greece this would mean actually asking from the TM owner to "do the impossible".

Sharing on Social Media? Use the link below...
Perm-A-Link: https://www.marques.org/blogs/class46?XID=BHA4343