Case C-93/16 The Irish Dairy Board is heading for a preliminary ruling by the Court of Justice of the European Union (CJEU). This reference concerns whether there is a need to prove likelihood of confusion under Art. 9(1)(b) of Regulation 207/2009 before the proprietor of a Community trade mark can stop a third party using a sign in the course of trade.  The questions referred are as follows:

1.            Concerning the dismissal of the infringement action based on Article 9(1)(b) CTMR, there are two grounds of appeal: (1) that the court did not compare the signs at issue from the point of view of the average European consumer but did so by adopting a test relating to the perception of only a minority of the relevant public: that of Irish and United Kingdom consumers; (2) the court misapplied the case-law relating to the peaceful coexistence of trade marks. 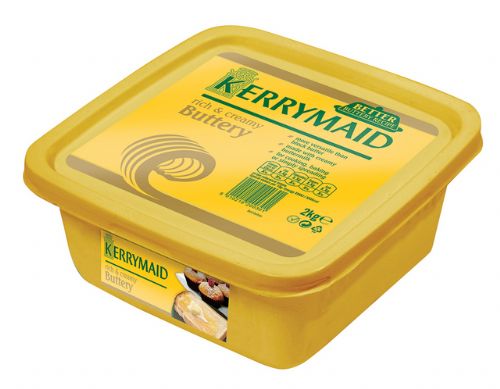 3.            It is acknowledged that the KERRYGOLD and KERRYMAID trade marks coexist only in Ireland and the United Kingdom: ‘For historical, cultural and commercial reasons, the appellant acquiesced in the presence of the KERRYMAID trade mark in the aforementioned markets but it did so only in terms of the perception of the trade marks in question by the consumers of those two countries ...’ ‘... the appellant did not at any time give the respondent reason to believe that it would tolerate the KERRYMAID brand being launched outside those territories’.

4.            With regard to the conflict between the signs at issue, the appellant argues that the court applied the perception test taking account of the perception of a minority of the public to whom the products were directed: Irish and the United Kingdom consumers. It argues that, from the standpoint of other European Union consumers (particularly those who are not English speaking), the alleged differences referred to in the judgment under appeal are irrelevant when determining the similarity or otherwise of the signs at issue.

6.            [The application requests that] two questions be referred to the Court of Justice of the European Union for a preliminary ruling:

If you would like to comment on this case to the UK Intellectual Property Office, please email policy@ipo.gov.uk by 31 March 2016.

Sharing on Social Media? Use the link below...
Perm-A-Link: https://www.marques.org/blogs/class46?XID=BHA4334