In 2010, Greyley Investments Ltd or 'Greyleg' (UK)  filed for a CTM application claiming seniority of the UK mark HOKEY POKEY (filed in April 2000 and registered in September 2000) for 'confectionery'.

BR IP Holder LLC (USA) opposed based on Article 8 (4) CTMR claiming the existence of earlier unregistered right used in the UK since 1997  for 'confectionery, ice cream'. 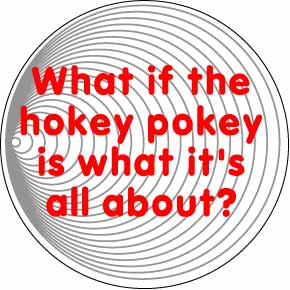 The OD dismissed the opposition on the grounds that the opponent had not established use 'of more than mere local significance'. Although there was evidence that use of the mark was not restricted to a single region, given that this requirement has to be construed as referring not only to the geographical dimension but also to the economic dimension and intensity of use, it was not met in the present case:   sales figures for the period 1997 to 2010, in particular 2005 to 2009, were rather moderate and the advertising efforts made by the opponent were quite limited.

The 4th BoA upheld the opposition indicating that it had reached the same conclusion but on the basis of different reasoning. It examined only evidence concerning the period from 1997 (as start of use of the sign was claimed) to 17 April 2000 (date on which Greyleg’s predecessors in title applied for the UK mark). Moreover, the statements produced were not from an independent source, which limited their probative value. Nor did the documentary evidence provided in support of those statements establish use of more than mere local significance.

BR IP HOLDER appealed  based on infringement of Article 8(4). The GC (Judgment T-62/14) raised of its own motion the issue of the BoA's duty to state  reasons, according to Article  75 CTMR and annulled the BoA's contested decision on the grounds that it had failed to observe its obligation with respect to the elements of reasoning which were opaque and ambiguous.

First it recalled that Article 8 (4)CTMR is applicable where 4 conditions are met, namely (i) the sign must be used in the course of trade; (ii) it must be of more than mere local significance; (iii) the right to that sign must have been acquired in accordance with the law of the Member State in which the sign was used prior to the date of application for registration of the CTM or the date of the priority claimed for the application for registration of the Community trade mark; and (iv) the sign must confer on its proprietor the right to prohibit the use of a subsequent trade mark.

In the present case,  whereas the OD had dismissed the opposition based on condition (ii), the BoA rejected it on the basis of condition (iv) without any clear reference to the applicable UK law of passing-off. In these circumstances the Court was unable to verify the accuracy of BOA's reasoning and carry out its review of the lawfulness of the contested decision.

Unfortunately, this judgment does not tell us the end of this tale: the case is remanded to the Boards of appeal for one more round to apply the law of passing-off in order to decide if the American Hokey Pokey's trade mark rights do precede the UK and CTM registrations in the EU.

The ambiguous origins of the Hokey Pokey here

Sharing on Social Media? Use the link below...
Perm-A-Link: https://www.marques.org/blogs/class46?XID=BHA4282