In Case T- 606/13, the General Court dismissed the appeal against the following opposition brought on the basis of Article 8(5) CTMR.

The Board of Appeal rejected the opposition holding that the opponent had not provided evidence that the negative image of the tobacco industry would undermine the reputation of the clothes sold under the earlier word mark; the evidence submitted did not permit to demonstrate the knowledge of the earlier figurative mark. The General Court confirmed those findings.

First, regarding the reputation, even if the earlier word mark MUSTANG is known to the German public for clothes, the evidence submitted did not allow to conclude that the knowledge of this brand in Germany was "excellent" or highly exceptional. It is clear from the documents provided that, for a period of 17 years, said mark had enjoyed awaraness constantly above 80%. Further, the investigation spring "Outfit" 2007 showed that out of about 250 brands of clothing, only 7 had a higher degree of awareness to his. However, the lack of data on the opponent's market share in a market which, by the admission of the latter, has a large number of operators, contributes, in this case, to the insufficiency of the evidence to demonstrate 'excellent' fame in the earlier word mark.  Moreover, it is undisputed that the "Outfit" investigations relate to marks containing the word element 'mustang' without the galloping horse of the earlier figurative mark. If the galloping horse is not negligible in the composition of the earlier figurative mark, this circumstance does not exempt the opponent from its obligation to demonstrate the repute of that mark with the relevant public. Studies and advertisements in magazines produced as evidence during the proceedings before OHIM did not refer to the earlier figurative mark as such. References to the similar earlier figurative mark

in some ads produced during the proceedings before OHIM are not sufficient to prove its reputation.

Third, the opponent had not proved that its mark had a reputation so exceptionally high that the probability of a link with any other product is so obvious that no further evidence would be necessary. Mustang claimed that there would be 'Brand-Stretching' or some Image transfer, which is a common indirect form of advertising used by tobacco manufacturers like Marlboro and Camel to circumvent advertising restrictions which cigarettes are subject to. For example, Marlboro and Camel have used their cigarette brand image to promote garments, which then benefit the brand of cigarettes. The opponent further stated that the relevant public is aware that companies with well-known brands granting licenses for a wide variety of products, such as Davidoff and Dunhill brands. In that respect, the Board of Appeal had considered that, because of the restrictions on tobacco advertising, in the perception of the target consumer, tobacco use is no longer tied to a certain dress style or a life attitude expressed through some clothes, so there would be no "image transfer" between the two relevant product groups. 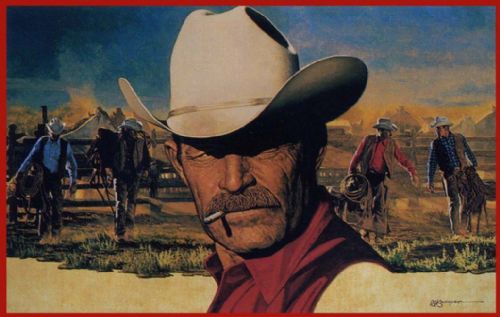 Moreover, the Court held that even if it were to be considered well known that the holders of Marlboro and Camel cigarette brands have been selling clothes under these brands, that would not suffice to establish that the general consumer sees it a general practice. In addition, the opponent acknowledges in its brief that it is not common for clothing manufacturers to grant licenses for cigarettes. Therefore, contrary to what the opponent claimed, the Board of Appeal correctly considered there was no specific link between the goods in question.

In addition, Mustang GmbH has not provided evidence of its claim regarding the negative image of the tobacco industry and its impact among clothing buyers. The evidence filed by the opponent consisting, among others, of a study by "Reader's Digest Europe Health 2005" was not indicative of the perception of brands of cigarettes and tobacco to clothing buyers. While it is scientifically proven that smoking is injurious to health and it is known that, in Germany, tobacco is now associated with something bad for health, it does not result automatically in weakening the fame for goods from clothing sector products that are associated with a tobacco brand.

Consequently, the opponent has not put forward sufficient evidence to conclude a serious risk that damages the reputation of its earlier word mark will occur in the future due to the registration of the contested CTM.

Sharing on Social Media? Use the link below...
Perm-A-Link: https://www.marques.org/blogs/class46?XID=BHA4232