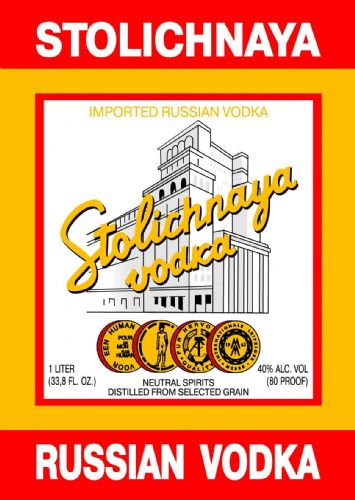 With a decision of 25 March 2015 the District Court of Rotterdam (Hofmeijer-Rutten, Santema, Heevel) ordered Spirits International B.V. - a Dutch based company owned by Russian vodka tycoon Joeri Shefler - in proceedings on the merits to transfer its (Benelux) trade mark registrations for amongst others ‘Stolichnaya’ to Russian state-enteprise FKP Sojuzplodimport (FKP). Furthermore the District Court found - to be (very) short - that Spirits International B.V. (Spirits) infringed the ‘Stolichnaya’ trade mark of FKP by using ‘Stolichnaya’ for its vodka, annuled a few ‘Stolichnaya’ trade mark registrations of Spirits and ordered Spirit to refrain from said use.

However with regard to Spirits’ Benelux trade mark registrations for ‘Stoli’, ‘Stoli Citrona’ and ‘Stoli Gala Applik’ and use thereof by Spirits the District Court found no grounds for invalidation nor for a finding of infringement by Spirits of the Stolichnaya trade mark. According to the District Court there is not enough visual, aural and/or conceptual similarity between Stoli and Stolichnaya to invoke at the average consumer of the involved goods an impression which may cause a risk of confusion.

The District Court also establishes that there is not a sufficient conceptual similarity either. In the Benelux Stolichnaya provokes an association with Russia / the Russian language and culture, because of the apparent Russian end -chnaya, whilst the word Stoli has no special meaning, it appears a phantasy name. The District Court furthermore takes into account that Spirit argued undisputed that the Stoli trade marks contrary to the trade mark Stolichnaya have a modern appearance and that its target Group is especially the LGBT-community (lesbian, gay, bisexual and transsexual community).

Last but not least it should be mentioned that the District Court did not take into account FKP’s claim that its predecessor(s) already used the word Stoli as an abbrevition for Stolichnaya, because the District Court found this claim not properly substantiated.

In a coverstory about this vodka (trade mark) war, published on 20 May 2015 by Dutch newspaper NRC,  Joris van Manen - attorney-at-law for FKP - left no room for guessing what his opinion was with regard to the ‘Stoli’-part of the decision: Nonsense. In popular language Stolichnaya is lovingly nicknamed Stoli. ‘Stoli is Stolichnay like Coke is Coca Cola’, quoted NRC Van Manen (hence the title for this post).

The FKP oracle seems to have set a foot at the shore in a decision of 7 August 2015 of the Presiding Judge of the District Court of The Hague (De Heij) in summary proceedings between FKP as plaintif (acting together with FGUP Vo Sojuzplodoimport, a similar Russian state-enterprise involved in the exploitation of the Stolichnaya trade mark) and Spirits and SPI Group S.A. (located in Switzerland) as defendants. Both Spirits and SPI Group S.A. form part of the Spirits Group. After the decision of the District Court of Rotterdam (was served to Spirits) the trade in Stolichnaya vodka (by Spirits) was ceased, but since the Spirits Group markets its vodka in the Benelux in a bottle and with a label as depicted above, advertising it as ‘Same Vodka. Different label’. SPI Group S.A. registered ‘STOLI VODKA’ as a word mark on 27 March 2015.

The Presiding Judge of the District Court of The Hague rejected this defense, already on the ground that the District Court of Rotterdam only decided whether the (already registered) Stoli word mark and a figurative trade mark with registration number 954565 (STOLI-group) are confusingly similar to the Stolichnaya trade mark which Spirits was ordered to transfer to FKP.  According to the Presiding Judge the District Court of Rotterdam did not compare the trade mark registration with number 731954 with the signs currently used, comprising of a word element STOLI and figurative elements like the buildings in the background and the colors used. Contrary to what the defendants additionally argued the overall impression of the signs used on the Stoli bottle can not be equated with those of the STOLI word mark and the figurative trade mark 954565, even if the distinctive character of all elements concerned - considered one by one - is only limited (as the defendants argued). The overall impression provoked by especially the visual similarity may give rise to the impression with the relevant consumer that the vodka originates from the same source or from a connected enterprise. The differences may not escape to the attention of the consumer, especially not the differences between STOLI and STOLICHNAYA, but the consumer might believe that the label previously used has been re-designed. Apparently the risk of confusion was supported by film material (which unfortunetaly is not included in the decision as published).

The Presiding Judge however establishes that Spirits is the owner of the Stoli trade mark and that Spirits co-operates in the use of the infringing signs in the Benelux. Spirits operates this way (as Spirits apparently recognized at the hearing) to transfer goodwill connected to the trade mark 318391 to its own Stoli trade mark. Spirits is therefore aware (as the Presiding Judge finds) that the signs it uses and the trade mark (318391) to be transferred to FKP (and FKP’s trade mark registration 731954) are confusingly similar. Advancing the use of the Stoli trade mark in the Benelux is found to be unlawful taking into account these circumstances.

This finding is not affected by the statement of Spirits the goodwill was built up by Spirits itself during the years that it possessed trade mark registration 318391.  According to the Presiding Judge this might enable Spirits in some circumstances to claim compensation of said goodwill (for example on the basis of unjust enrichment), but can not justify the transfer of the goodwill on it’s own authority.

On these grounds the Presiding Judge ordered Spirits (amongst others) to refrain from the unlawful acting within one week after service of the decision.

Sharing on Social Media? Use the link below...
Perm-A-Link: https://www.marques.org/blogs/class46?XID=BHA4163