In Judgment T‑398/13, the General Court annulled OHIM’s decision in the following case: TVR Italia Srl, filed an application for CTM TVR ITALIA registration (see below) for the goods and services in Class 12: ‘Automobiles; sports cars; trucks; mopeds; motorcycles; bicycles; tricycles; tyres and inner tubes for vehicles and motor vehicles in general; tractors; buses; vehicles and motor vehicles; aeroplanes; helicopters; gliders; boats; dinghies; ships; apparatus for locomotion by land, air or water; motors and engines for land vehicles; components of bicycles, motorcycles, mopeds and motor vehicles; parts of boats and aeroplanes  Class 25: ‘Clothing for gentlemen, ladies and children in general, including clothing in leather; shirts; blouses; [..], boots and sandals’; Class 37: ‘Construction and repair, in particular with regard to the mechanical and automobile sector for the following sign 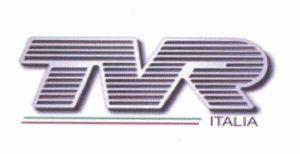 The Opposition Division partially upheld and partially rejected the opposition: first, finding that Muadib Beteiligung had furnished proof of genuine use of the earlier CTM for ‘sports cars and parts and fittings therefor’ in Class 12; secondly, taking those goods and the goods and services covered by the earlier UK trade mark into account, the OD concluded that there was a likelihood of confusion between the marks at issue with regard to goods and services in Classes 12, 25 and 37, with the exception of ‘trucks’, ‘tractors’, ‘buses’, ‘mopeds’, ‘bicycles’, ‘tricycles’, ‘aeroplanes’, ‘helicopters’, ‘gliders’, ‘boats’, ‘dinghies’, ‘ships’, ‘apparatus for locomotion by air or water’, ‘components of bicycles and mopeds’ and ‘parts of boats and aeroplanes’ in Class 12. Thirdly, the OD  rejected the grounds of opposition based on Article 8(4) and 8(5) of CTMR, respectively. Fourthly, it refused the CTM application ‘in respect of the goods and services listed above’ but allowed it in respect of the ‘remaining goods [in] Class 12’.

The Second BoA of OHIM upheld the appeal in its entirety, annulled the OD’s decision and rejected the opposition in its entirety : (i) for the period from 28 January 2003 to 27 January 2008, Muadib Beteiligung had not furnished proof of genuine use of either the earlier CTM or the earlier UK trade mark, and (ii) the opposition fell to be rejected in so far as it was based on Article 8(4) of Regulation No 207/2009.

The General Court annulled OHIM’s decision finding, among other, that the BoA was incorrect to reject the opposition on the ground that the opposing party had not proved to the requisite standard genuine use of the earlier CTM.

The Board of Appeal’s assessment is based on a misunderstanding of Article 42(2) of CTMR, read in conjunction with Article 15(1) of that regulation and Rule 22(3) of CTMIR, and on an incorrect assessment of the evidential value of the relevant evidence as a whole.

As regards the duration of use, the Court has held that only trade marks genuine use of which has been suspended during an uninterrupted period of five years are subject to the sanctions provided for in Article 15(1) of CTMR. Accordingly, it is sufficient that a trade mark has been put to genuine use during a part of that period for it not to be subject to the sanctions.

In the present case, even if the witness statement produced does not, in itself, constitute sufficient evidence in that regard, it nevertheless sets out a series of pertinent documents from independent sources, including an extract from the Wikipedia website describing the history of the TVR sports car manufacturer, TVR Motors Company Ltd, and containing a list of the models produced up to 2006, thus use of the earlier CTM is established, at least until 2006.

As regards the place, nature and extent of that use, the market in question is for the production and sale of high-end sports cars with technical specifications that are not intended for normal, everyday road use and the price of which exceeds that of most private use cars. It is well known that that market is often characterised by relatively low demand, by production to specific order and by the sale of a limited number of vehicles, as is confirmed by the BBC article of 18 October 2006. Therefore, the provision of accounting documents setting out sales figures or invoices is not necessary for the purposes of establishing genuine use of the mark in question. On the other hand, it is clear from the documents in the file including several articles published on the Internet and catalogues, that TVR models were marketed between 2003 and 2006, at least in the UK, which is sufficient from a territorial point of view and demonstrates the nature and a certain scale of use of the earlier CTM during that period. Furthermore, publications dated July 2007 and 2008 demonstrate that that trade mark was the subject-matter of public discussion in anticipation of a revival of production and sale of the TVR Sagaris model. 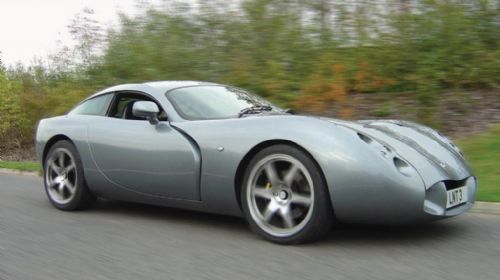 The fact that the production and sale of those cars fell in 2006 and that their manufacture ceased at the end of 2006 because of the insolvency of the factory in the UK is not sufficient for the contrary conclusion to be reached, having regard to the proven attempts by the proprietor of that trade mark to revive the production of TVR sports cars and its commercial activities during 2007 and 2008.

The Board of Appeal based the contested decision on the sole fact that genuine use of the earlier CTM had not been established, without carrying out an assessment of the likelihood of confusion between the marks at issue. Therefore the dispute brought before the Court does not therefore cover such an assessment and the case was remanded before OHIM.

Sharing on Social Media? Use the link below...
Perm-A-Link: https://www.marques.org/blogs/class46?XID=BHA4154