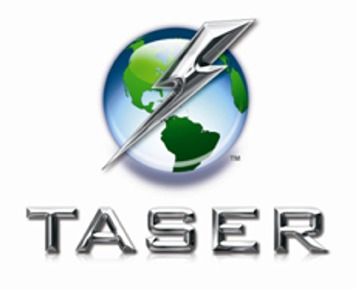 Case C-175/15 Taser International marks an unusual occurrence -- the making of a reference to the Court of Justice of the European Union for a preliminary ruling in a trade mark case from Romania. The referring court is the Înalta Curte de Casaţie şi Justiţie. Romania is a country with quite a robust intellectual property community and its courts would not refer a question to the CJEU unless they were quite certain that they could not deal with this issue without making such a reference.

The following questions have been referred for a preliminary ruling:

Must Article 24 of Council Regulation 44/2001 of 22 December 2000 on jurisdiction and the recognition and enforcement of judgments in civil and commercial matters be interpreted as meaning that the expression ‘jurisdiction derived from other provisions of this Regulation’ also covers the situation in which the parties to a contract for the assignment of rights to a trade mark registered in a Member State of the European Union have decided, unequivocally and undisputedly, to confer jurisdiction to settle any dispute regarding fulfilment of contractual obligations to the courts of a State which is not a Member State of the European Union and in which the applicant is domiciled (has its seat), while the applicant has seised a court of a Member State of the European Union in whose territory the defendant is domiciled (has its seat)?

If the answer is in the affirmative:

Must Article 23(5) of that regulation be interpreted as not referring to a clause conferring jurisdiction on a State that is not a Member State of the European Union, so that the court seised pursuant to Article 2 of the regulation will determine jurisdiction according to the rules of private international law in its own national legislation?

Can a dispute relating to the enforcement, through the courts, of the obligation to assign rights to a trade mark registered in a Member State of the European Union, assumed under a contract between the parties to that dispute, be regarded as referring to a right ‘required to be deposited or registered’ within the meaning of Article 22(4) of the regulation, having regard to the fact that, under the law of the State in which the trade mark is registered, the assignment of rights to a trade mark must be entered in the Trade Mark Register and published in the Official Industrial Property Bulletin?

If the answer is in the negative, does Article 24 of the regulation preclude a court seised pursuant to Article 2 of the regulation, in a situation such as that described in the above question, from declaring that it does not have jurisdiction to determine the case, even though the defendant has entered an appearance before that court, including in the final instance, without contesting the jurisdiction?

The UK Intellectual Property Office has indicated that, if you would like to comment on this case, you can email the Office at policy@ipo.gov.uk by 18 June 2015. Your comments will assist the Office in determining whether to advise the UK government to make submissions in this case. Class 46 does not know whether similar invitations to comment are formally made in other EU jurisdictions, and will be opening a MARQUES LinkedIn Discussion on this topic.

Sharing on Social Media? Use the link below...
Perm-A-Link: https://www.marques.org/blogs/class46?XID=BHA4104