In case T-604/13, the General Court annulled the contested decision in the following opposition

OHIM found that the relevant public was the average consumer of the EU, informed and reasonably observant and circumspect. It was not disputed that the products were identical. With regard to the visual comparison of the signs, the difference in the first digit of each sign and symmetry effect in the contested trade mark had an impact on the impression of those signs as their common characteristics were counterbalanced Phonetically, the difference in the beginning of these signs would affect the aural impression, defeating their common elements. Finally, the signs in question were conceptually different. So the clear differences between them are sufficient to exclude any likelihood of confusion, despite the enhanced distinctiveness of the earlier mark. Since the degree of similarity between the signs at issue was not such that the relevant public would link them, one of the three cumulative conditions for applying Article 8, paragraph 5, of Regulation No 207/2009 was not met, making it unnecessary to consider the other conditions. 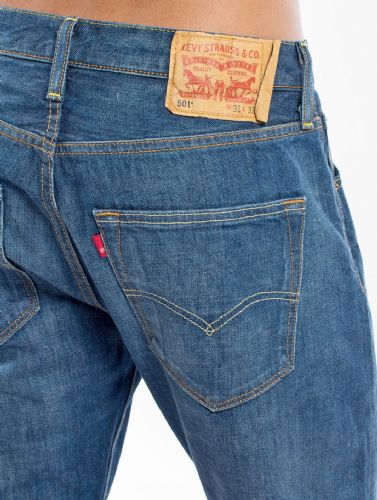 The General Court held that the Board of Appeal had erred regarding the different overall impression.

In the clothing sector, the visual aspect is predominant, at the stage of assessing the existence of a likelihood of confusion between the signs compared, given the method of marketing the products in question. In the present case, the signs compared are identical in their second and third digits, namely the digits 0 and 1.

As to the alleged structural difference compared signs relied on by OHIM - a symmetrical structure "binary" with regard to the sign 101 and an asymmetrical structure with regard to the sign 501 – there is no evidence in the contested decision that such a difference is clearly perceived by the relevant public, if relevant at all, and the sighs might just be perceived as representation of two different numbers coinciding by two of the three digits.  Accordingly, visually, these signs present a certain degree of visual and phonetic similarity.

Consequently, OHIM’s decision was annulled and the case sent back to the Boards to examine whether there is a risk of confusion on the grounds of Article 8(1) b) and 8(5) CTMR.

Sharing on Social Media? Use the link below...
Perm-A-Link: https://www.marques.org/blogs/class46?XID=BHA4097