In case T-71/14, the General Court dismissed the appeal brought by Swatch AG  against CTM application SWATCHBALL by Panvision Europe Ltd. for specialized goods and services in  Classes 9, 35, 41 and 42 such as “services in connection with goods for use in the production of films, television programmes, videos, and in other visual and performing arts; retail services in connection with goods for the creation and selection of lighting, optical or other visual effects in the cinematographic, television, video, and other visual and performing arts; (…) none of the aforesaid services relating to timekeeping, computer game software, computer game programs or interactive multimedia computer game programs’”.

on the basis of Class 14 goods‘movements for clocks and watches and parts thereof’ and ‘precious metals and their alloys and goods in precious metals or coated therewith (excluding cutlery, forks and spoons); jewellery, precious stones, horological and chronometric instruments’.

With regard to the alleged infringement of Article 8(1)(b) of Regulation No 207/2009, the Board of Appeal found that there is no likelihood of confusion as the goods and services at issue are dissimilar. With regard to the alleged infringement of Article 8(5) of CTMR, the Board of Appeal acknowledged that the earlier marks have a reputation in the French, German and Spanish markets with respect to goods in Class 14. However  the applicant failed to prove that use of the mark applied for in relation to the goods and services covered by it could cause a dilution of the earlier marks through the dispersion of their identity and their hold upon the public mind or take unfair advantage of the reputation or distinctive character of the earlier marks. 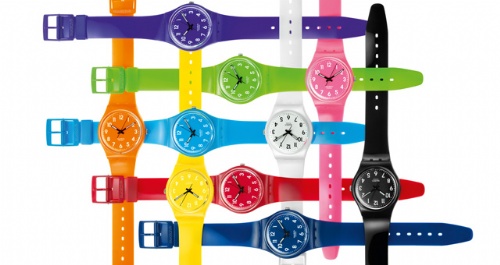 Article 8(5) requires the following conditions: (i) the marks at issue must be identical or similar; (ii) the earlier mark cited in opposition must have a reputation; and (iii) there must be a risk that the use without due cause of the trade mark applied for would take unfair advantage of, or be detrimental to, the distinctive character or the repute of the earlier trade mark. Those conditions are cumulative and failure to satisfy one of them is sufficient to render that provision inapplicable (judgment of 25 May 2005 in Spa Monopole v OHIM).

In the present case, the similarity between the signs at issue is indisputable but this is not sufficient to establish that there is a link between those marks.

Indeed, the following factors weigh against a finding that such a link exists: (i) the differing nature of the goods and services covered by the marks at issue, given that they have different distribution channels, that they are neither interchangeable nor in competition with each other, that they serve very different purposes and that they do not belong to adjacent market segments, all of which results in a very limited degree of closeness between those goods and between those services; and (ii) the existence of two separate relevant publics.

With regard to the latter, far from being addressed to the average consumer, the goods and services marketed by Panavision Europe target a specialist public, whereas the goods covered by the earlier marks target the general public.

That conclusion cannot be called into question by the applicant’s argument that the relevant public is liable to establish a link between the marks at issue because software and other equipment used for film editing may include a timekeeping mechanism. That argument is inoperative inasmuch as the application for registration at issue explicitly excluded goods and services relating to timekeeping.

Sharing on Social Media? Use the link below...
Perm-A-Link: https://www.marques.org/blogs/class46?XID=BHA4086