In Case T-102/14, the General Court dismissed the appeal against the decision which found there was no likelihood of confusion in the following case

The Board of Appeal confirmed the uncontested assessment of the Opposition Division that the goods and services were, for the most part identical or similar, at least to a small degree, and different to the rest.

As regards the comparison of the signs, first, in the earlier marks, the "post" element could be associated by German consumers as a former national postal operator and that, in those circumstances, despite the absence of distinctive 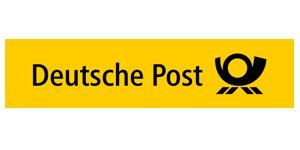 character intrinsically, the trade mark had acquired a distinctive character in Germany. Secondly, with regard to the contested mark,  the overall impression of it was dominated by the element 'tpg "and, with respect to this last item, the term" post " played only a secondary role given its positioning and its intrinsic qualities. In light of these findings, the signs at issue have visual, conceptual and phonetic differences. Third, as part of the overall assessment of likelihood of confusion, given the fact that it was usual in the postal sector using abbreviations in corporate names, the contested sign would be perceived as a reference to postal services provided by the firm TPG, so that no likelihood of confusion within the meaning of Article 8, paragraph 1 b) of Regulation No 207/2009, could be found in the present case between the mark and the earlier marks. The Genral Court further rejected the argument that the contested sign would be perceived as part of a family of marks such as INFOPOST, E POST, E POSTBRIEF, POSTIDENT, POSTIDENT SPECIAL, POSTKIT, POST CARD et POSTFACH  owned by the German Post because they mainly consisted of the word POST and there was no evidence filed regarding the risk of association by the public

This proceedings started in 2002 when the applicant filed for its CTM. Interestingly it was suspended in 2005 when the Dutch post filed for a cancellation action in Germany. In October 2011, the Bundesgerichtshof ( Federal Court of Justice , Germany ) confirmed ultimately the rejection of the request for annulment against the POST national brand. In essence it held that the mark had been registered properly because of its distinctiveness acquired in Germany.

Sharing on Social Media? Use the link below...
Perm-A-Link: https://www.marques.org/blogs/class46?XID=BHA4080