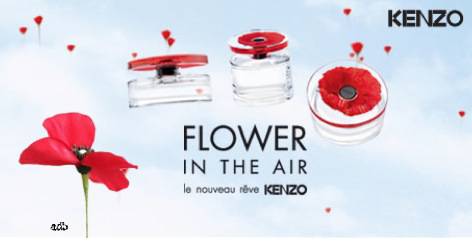 In Cases T-322/13 and T-393/12, CTM applicant Mr Kenzo Tsujimoto (resident of Japan) applied for the word mark KENZO for the following goods and services:

KENZO (France) filed an opposition on the basis of earlier CTM KENZO registered for goods Classes 3, 18 and 25 on the grounds of article 8(5) CTMR.

According to the Board, the 3 cumulative conditions for the application of Article 8(5) were met:

-      It seemed highly likely that the mark applied for, for the use of which no due cause had been demonstrated, would ride on the coat-tails of the earlier trade mark with a reputation in order to benefit from the power of attraction, the reputation and the prestige of that mark and to exploit, without paying any financial compensation, the marketing effort expended by the proprietor of the mark in order to create and maintain the mark’s image.

In particular, regarding the nature of and degree of closeness between the goods concerned, it was clear from the evidence filed  that the opponent largely placed its products at the high end of the market, where the targeted consumer has a more sophisticated taste than the average consumer, and that the goods covered by the mark applied for included high-quality wines and cognac intended for equally sophisticated consumers. Thus, the BoA rightly inferred from those circumstances that it was  highly possible to establish a link between those goods, since they all projected images of luxury, glamour, good taste, success, and social .

In addition, the opponent produced evidence before the Board of Appeal that advertisements for goods covered by the earlier trade mark had been published in prestigious magazines (such as Vogue and Vanity Fair) and that goods had been sold under the earlier trade mark in prestigious shops (such as Harrods). Therefore, the BoA rightly found that the trade mark in question had an ‘undisputable allure’, which could be transferred to other luxury goods and, by extension, to the goods covered by the mark applied for, such as cognac, champagne or wine, which can be of high quality.

The Court therefore upheld the assessment that the consumer would establish a link: services falling within the wine sector may, like clothing, perfumes and cosmetics, be part of the luxury sector. In addition, it is possible that proprietors of trade marks for cosmetics may also be active in the alcoholic drinks sector. That is so, for example, in the case of the proprietor of the trade mark DAVIDOFF, which uses that trade mark to distribute not only gentlemen’s cosmetics but also cognac

The GC, like the BoA, therefore concluded that there was a risk that the use of the mark applied for would take unfair advantage of the reputation of the earlier trade mark for the purposes of Article 8(5).

The applicant claimed before the Court to have argued before OHIM that he merely wished to use his forename — Kenzo — for a certain range of goods and that this constituted due cause. However the CTMR does not provide any unconditional right to register a surname as a CTM (see judgment of 25 May 2011 in Case T‑397/09 Prinz von Hannover v OHIM (Representation of a coat of arms) let alone to register a forename as a trade mark. Consequently, the fact that the applicant’s forename is Kenzo is not enough to constitute due cause for the use of the mark applied for, for the purpose of article 8(5) CTMR. Posted by: Laetitia Lagarde @ 12.32
Tags: General Court, kenzo, right to name, spirits, cosmetics, reputation, article 8(5),

Sharing on Social Media? Use the link below...
Perm-A-Link: https://www.marques.org/blogs/class46?XID=BHA3983