The General Court just issued a Judgment in  Case T-587/13 (cat&clean) where our dear colleagues at IPKat make the relevant consumer per excellence. 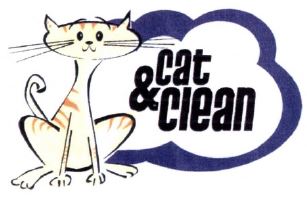 Mrs  Schwerdt filed for the CTM (here left) for class 31 “cat litter”. Iberamigo SA filed an opposition on the basis of earlier Spanish word mark CLEAN CAT (a pleonasm in itself) for “litter soil” in Class 31.

Both the Opposition Division and Board of Appeal granted the opposition: visually, the conflicting signs coincide with the words "cat" and "clean", although they are not placed in the same order, and differed in their figurative elements. Aurally, the signs at issue were similar to a medium level and, conceptually, those signs convey the same concept, except for part of the Spanish public who doesn’t understand English.  The earlier mark has a distinctive character. Thus there is a likelihood of confusion between the signs for identical goods.

The General Court rejected the first plea in law brought by the CTM applicant and confirmed the risk of confusion on the grounds of Article 8 (1) b)CTMR.

The appellant saw its two other pleas in law rejected as well:

1)      the claim that the possible to register a descriptive sign such as “Clean cat” for ‘cat litter’ in Spain would constitute a disguised restriction on trade contrary to Article 34 TFEU. The Court dismissed this argument reminding the applicant that the distinctive character of the earlier mark cannot be disputed in the context of an opposition  procedure (see Judgment of  24 may 2012, Formula One Licensing/OHMI).

2)      As regards an alleged violation of articles 16 and 20 of the Fundamental Rights convention, article 17 provides for the “peaceful enjoyment of property rights” including IP rights, therefore the opponent has an intellectual property right that has not been challenged, and which effects which cannot be challenged in these proceeding.

The GC dismissed the appeal.

Sharing on Social Media? Use the link below...
Perm-A-Link: https://www.marques.org/blogs/class46?XID=BHA3978