Lidl, the German discount supermarket chain, sought to register the figurative sign depicted on the left as a Community trade mark for several goods in Classes 5, 29, 30, 31, 32 and 33. However, the General Court has recently upheld OHIM’s previous decisions finding that the mark applied for was devoid of distinctive character (see Case T-344/14).

According to the Court, even the English/German-speaking public would clearly understand the meaning of the word 'Deluxe' (from French: 'de luxe' ≈ 'luxurious'). The term would be perceived exclusively as an advertising formula indicating that the goods in question are of a better quality than the products offered by competitors. Further, the expression did not contain any originality that could be understood as an indication of the trade origin of the goods. 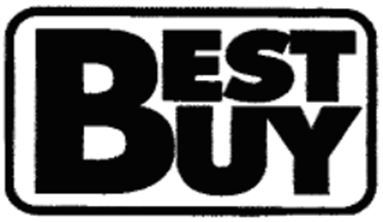 The graphical elaboration was also held to be insufficient to bestow distinctive character upon the mark applied for. Referring to the Best Buy Decision, the Court found that the stylisation only emphasised the promotional content of the word element. In the cited case, the General Court maintained that the rectangular device surrounding the sign 'Best Buy' was intended to underline the advertising information. In general, the visual presentation of advertising slogans was considered to merely serve the purpose of attracting the attention of the consumer (see T-476/08, para. 27 and C-92/10, para. 56 – reported here). Accordingly, the Court found that the "elegant and sophisticated appearance" of the sign 'Deluxe' alluded exclusively to the idea of an excellent quality. Since the design did not contain an element that could set off a cognitive process in the minds of the relevant public, it would not be conceived as an indication of trade origin.

There are good reasons to agree with this outcome: Consumers who see goods bearing the mark 'Deluxe' may believe that they are looking at a 'luxurious version' of whatever it is they want to buy, without expecting any information about commercial origin. However, the Court’s line of argument has an interesting implication for the protection of advertising slogans. According to the General Court, graphical alterations to a slogan will not render it registrable, since these alterations only emphasise the slogan’s promotional message. As a consequence, the wording and meaning of the slogan, in itself, would have to inform the relevant public that the promotional message is (also) intended to indicate the trade origin of the goods or services in question. Following the reasoning of the Court, slogans failing to do so would remain non-distinctive, even if they were written, for instance, upside down, in various colours and with a recognisable typeface or other prominent design elements.

Sharing on Social Media? Use the link below...
Perm-A-Link: https://www.marques.org/blogs/class46?XID=BHA3973